Rabat - Amid ongoing uproar among students and teacher trainees, Redouane Benkirane has denied rumors accusing his father Abdelilah Benkirane of having used his position to help him secure a monthly MAD 5,000 Scholarship. 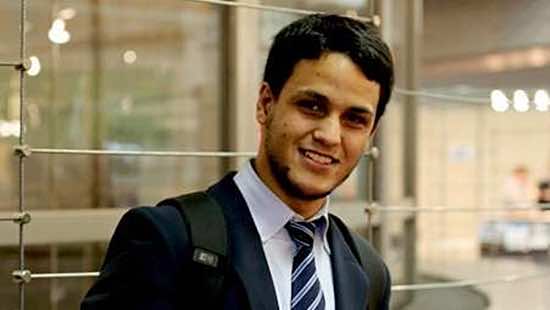 By
Aziz Allilou
-
Aziz Allilou is a student at the Higher Institute of Media and Communications (ISIC) and Morocco World News correspondent in Rabat.
Mar 8, 2016
Spread the love

Rabat – Amid ongoing uproar among students and teacher trainees, Redouane Benkirane has denied rumors accusing his father Abdelilah Benkirane of having used his position to help him secure a monthly MAD 5,000 Scholarship.

Redouane Benkirane’s statement comes in response to the accusation made by a teacher trainee last Saturday during an official event of Justice and Development Party (PJD) in Oujda, co-chaired by Abdelilah Benkirane.

The teacher trainee interrupted the speech of the head of government and accused him of “having used his position to help his son Redoaune Benkirane benefit from monthly MAD 5,000 Scholarship.”

Telquel quoted Redoune Benkirane, who pursued his graduate studies in France, as saying that he obtained the scholarship before his father took office in 2011.

“First of all, my father did not send me to study in France, as if I was still a little 7-year-old child. I was 20 years old and it’s me who decided to go to France,” he said.

“My parents insisted that I study in ISCAE  – a public school of business and administration  -. However, I refused and decided to pursue my higher studies in France,” he noted.

He went on to add that his father was “unable to cover all the expenses” since school fees alone cost him over MAD 100,000 per year.

“I was forced to look for other financial resources.  Thus, I decided to borrow some money from a relative and apply for the Merit Scholarship granted by the Ministry of Foreign Affairs and Cooperation,” he explained.

Redouane stressed that he won the scholarship without any help from his father, adding that he only benefited from this scholarship during his first year in France before his father took office in 2011.

He noted that he is currently working in Morocco, since students who benefited from the merit scholarship are required to work at least three years in Morocco after their graduation.

Since October, Head of Government Abdelilah BRnkirane has been receiving harsh criticism from teacher trainees over the two decrees promulgated by his government last year. The two decrees, N: 588-15-2 and N: 589-15-2, separate teachers’ training from actual employment at the end of the program and cut the amount of the training scholarship by half.