Rabat - Moroccan security forces arrested a “radicalized” Frenchman in Fez for having knives and a gas bottle in his luggage onboard a Ryanair flight on Wednesday, according to a French official. 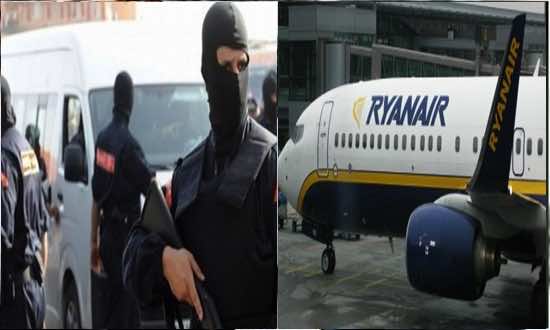 Rabat – Moroccan security forces arrested a “radicalized” Frenchman in Fez for having knives and a gas bottle in his luggage onboard a Ryanair flight on Wednesday, according to a French official.

The suspect, Manuel Broustai, a former French soldier who converted to Islam, had boarded the plane in the city of Nantes, located in the western part of France.

According to Yahoo7 News, Broustai carried in his luggage at least four kitchen knives, a machete, two pocket knives, a baton, a gas bottle, and a black balaclava –  a knitted cap that covers the neck and parts of the face.

The local government chief for the French municipality of Loire-Atlantique said that the police arrested the 31-year-old man in November after the Paris attacks and subsequently placed him under house arrest for three months.

The chief added that when he checked into the airport in France, he was no longer under house arrest and there was no reason to stop him from leaving the country.

Another source from the municipality said that French authorities had informed Morocco about the man’s travel plans and that his arrest in Fez “was not a matter of chance”.

The municipality also noted that Broustai’s hand luggage contained nothing out of the ordinary and that security scans did not detect potentially dangerous items in his checked baggage because it did not contain explosives.

Broustail and his wife moved to Morocco last year, according to a source close to the investigation. He had returned to France to sell his apartment.

A spokesperson for Ryanair, a Dublin-based airline, told AFP that the case falls under the responsibility of Nantes airport security officials, who are investigating the incident.

The incident comes as European countries have reportedly been ramping up security measures since the attacks carried out by the so-called “Islamic State” (ISIS) in Paris last November.