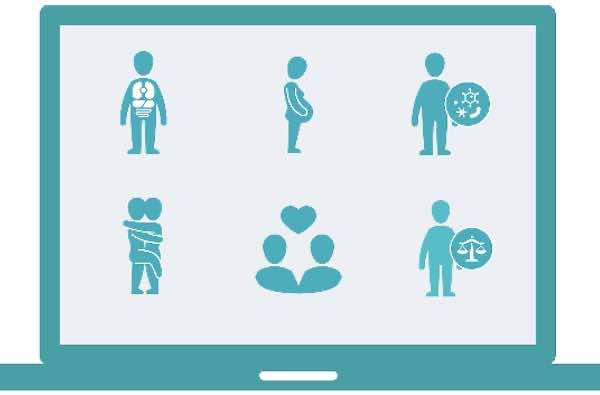 According to an introductory video posted on the website, the main purpose of the website is to give “advice on sex and sexuality for migrants who have not been living long in Germany.” The website provides a variety of language choices, including Arabic.

The website Zanzu.de is a project of the German Federal Centre for Health Education (BZgA) and Sensoa, the Flemish Expertise Centre for Sexual Health.

According to German media, the website addresses some specifically non-Western issues, such as “honor violence.” This shows that the website is aimed exclusively at the country’s 1.1 million new arrivals in order to educate recent immigrants about sexual safety and sexual norms in their new home.

The website is divided into six main sections: body, family planning and pregnancy, infections, sexuality, relationships and feelings, and rights and law.

The website uses animated videos to explain the details of sex and sexuality as accepted in German society. These cartoons demonstrate the mechanics of sex as well as explain the norms of sexual behavior, from how babies are conceived to resources for those suffering from sexual abuse or assault.

Earlier in the year, many held refugees and recent immigrants responsible for the widely-reported Cologne New Year sexual assaults. The events have subsequently been used by anti-immigration campaigners and far-right groups to claim that the arrival of more than a million asylum seekers in Germany is putting women at risk.

However, a leaked police report published by the Independent has revealed that “refugees and migrants are responsible for a tiny fraction of sex crimes in Germany.”