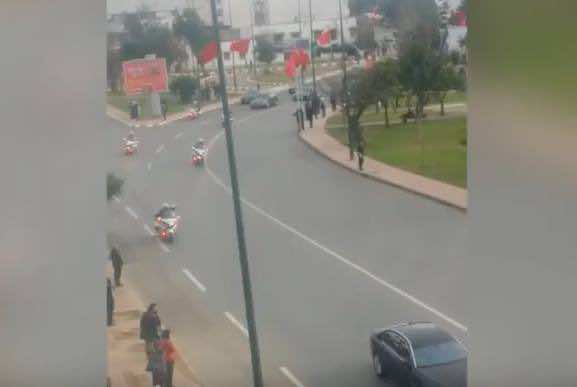 Morocco’s Ministry of Interior has disputed “false information” that the Moroccan citizen who recently blocked King Mohammed VI’s official motorcade had been issued a transportation license.

The Ministry denied the assertion as “baseless news” in an announcement, adding that blocking the royal procession had put the lives of those who had taken the action as well as the lives of others at risk.

On Monday, a man intercepted King Mohamed VI’s motorcade procession in Rabat as the monarch was on his way to launch two new railway construction projects.

The man, a former immigrant from Spain, was initially charged with “exposing the lives of others to risk,” but has now been “forgiven” by King Mohammed VI.

Transport licenses such as taxicab licenses, known in coloquial Moroccan as “Lagreema,” are highly desired licenses to operate local regional and national modes of transportation. The licenses, however, have come under harsh criticism in recent years. Many think that they are given out gratuitously to people instead of encouraging them to work hard to make a living.