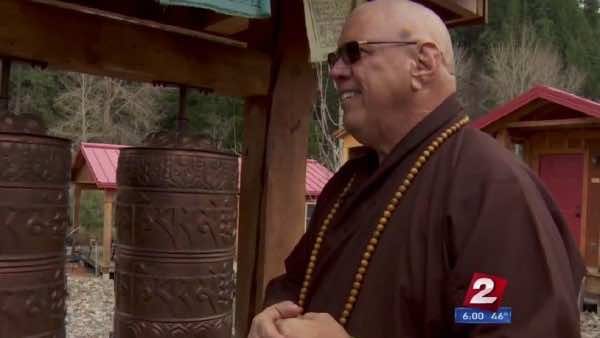 Rabat – A Buddhist man who was attacked in America by a man who assumed he was Muslim has spoken out about his sympathy for the abuse those in the Islamic communities suffer.

Kozen Sampson, who keeps his hair cropped short and wears traditional Buddhist brown robes, was walking his dog by the Hood River in Oregon, when a man began verbally and physically abusing him.

He told reporters for KATU news that though he doesn’t remember the situation clearly, he is certain he was targeted due to his religious clothing.

“I pulled over, then someone ran up and yelled. I turned around, they kicked in the door, hit me in the face, and then knocked my head into the frame of the car,” Sampson said, “I do remember him dropping an F bomb about Muslims, and that was it.”

Despite the hateful nature of the act, Sampson forgives his attackers and has sympathy with any lifestyle that leads to believing such abuse is acceptable.

“Can you imagine living your life in fear and anger? Can you imagine wanting to do something that you had to hurt somebody? All I thought was, “That poor man,” he said.

Following the attack, a candlelight vigil will be held by the river where he was attacked this Friday. The vigil means to promote peace and tolerance in the community. This, Sampson claims, is the message he wants to spread after experiencing the hate crimes that Muslims are increasingly subjected to.

“I am happy it happened to me and not to a Muslim,” he told Hood River News. “My biggest concern is for how anyone has to live with the fear, distrust, and possibility of an assault.”

“I don’t know the Islamic faith well, but I do know that Muslims are our brothers and sisters. I would encourage everyone to just take a hard look at how supportive are you of all God’s children,” he added.