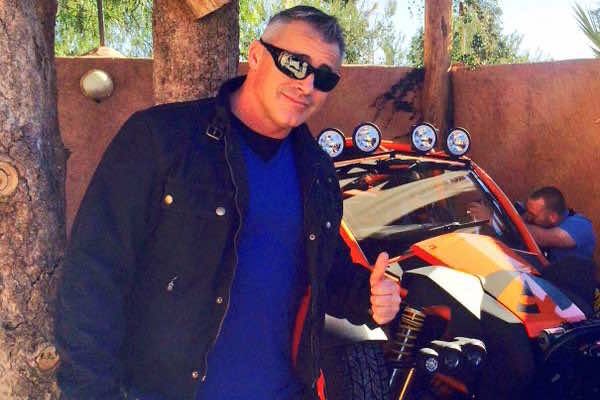 Rabat – Top Gear host, and previous star of American comedy series Friends, Matt Le Blanc has shared pictures as he films for the upcoming series of the popular motoring show in Morocco.

The images, which were shared on Twitter, show Le Blanc eating dinner in Casablanca and testing an off-road buggy in what appears to be desert terrain. Images shared last week showed the crew filming in South Africa as they gear up for what will be the 13th series to date.

Top Gear, which is considered the BBC’s most popular export, has undergone a major overhaul of the presenting team after previous host Jeremy Clarkson was forced to leave the show last year after allegedly punching a producer during filming.

Following Clarkson’s dismissal, co-hosts Richard Hammond and James May decided to leave the show in order to produce a similar show, which will be available on Amazon Prime.

Le Blanc, who had appeared on the show previously as a guest, will join a total of 8 new presenters, including Chris Evans, Sabine Schmitz and Eddie Jordan.

“As a car nut and a massive fan of Top Gear, I’m honored and excited to be a part of this iconic show’s new chapter,” Le Blanc told the BBC upon his announcement as a full time presenter of “What a thrill!”

BBC has have a strong presence in Morocco in recent years. Last year, the networks major new TV show ‘Prized Apart’ was set almost entirely in the country, and saw participants taking part in challenges in the Atlas Mountains, Fez and the Sahara desert among other locations.

Dinner in Casablanca while filming TopGear. What a fun gig. pic.twitter.com/elP0ZpWCcE