Rabat – The Moroccan public is reacting to reports that suggested Moroccan schoolchildren are to be taught English from the fourth grade, making it the students’ fourth language after French, Darija (Moroccan Arabic dialect) and Fus-ha (classical Arabic). 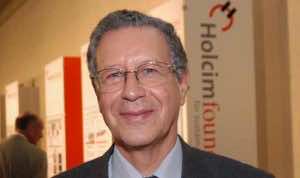 Rachid Belmokhtar, the Moroccan Minister of Education, noted “the teaching of English that will start from the 4th grade will be particularly important in education.” While it has since been clarified that any prospective English lessons had merely been discussed and not confirmed, the reaction from the Moroccan public was strong.

Many were in favour of the decision, stating that many professional fields require English and not French, many Moroccan’s current second language.

“The best decision is to replace French by English, look now, all the world use English as a first or second language,” said one Facebook user “English is the future not French.”

“Great decision. Investing in youth is key in order for a country to develop. Take your graduates from your university and have English as requirement for graduation and give them jobs as teachers,” said another Facebook user. “This is what is going to produce great leaders, scientists, lawyers, doctors.”

Sources have confirmed to Morocco World News that due to the current lack of English speaking teachers in the country, it would be almost impossible to give an accurate time frame as to when any changes would be implemented.

This would be one of many hurdles facing those in the Ministry of Education, and many were quick to point out the variety of difficulties involved in imposing a fourth language.

“They have to build more schools to reduce the number of students in each class, they have to provide qualified teachers, and well equipped classrooms,” argued one Facebook commenter. “Many students lead very bad social conditions especially poverty. So, they need to enhance people’s living conditions first if they want them to study.”

Whether or not English will be taught in Moroccan schools in the future remains to be seen, but what is for sure is that any change would represent a cultural milestone in the country’s history.