Rabat - Members of the two houses of Morocco's parliament strongly condemned on Saturday the provocative and biased stance of the United Nations Secretary General Ban Ki-moon on the Sahara issue. 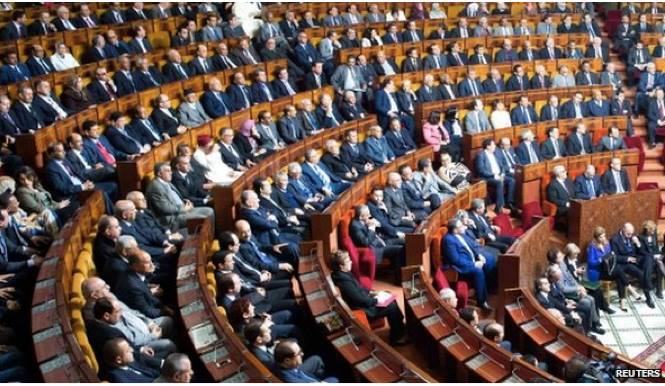 Rabat – Members of the two houses of Morocco’s parliament strongly condemned on Saturday the provocative and biased stance of the United Nations Secretary General Ban Ki-moon on the Sahara issue.

In a statement issued following an extraordinary session, members of the two houses of parliament stressed that the comments delivered by the UN Chief “ignore the noble objectives” of the United Nations and are a “flagrant breach” of the principle of impartiality that the UN Secretary General must observe.

“This deliberate breach by the Secretary General aims to hide his failure, during two terms as the head of this international organization, to make tangible progress in the settlement of the issue,” the statement pointed out.

The UN chief ignored the historical realities related to the Sahara issue, including the United Nations positions, particularly since 2008 following the presentation by Morocco of the autonomy proposal which was deemed serious and realistic by the international community, the parliament’s members said, adding that Morocco’s autonomy plan represents a basis for negotiations particularly following the failure of the referendum option.

The UN Chief also ignored The UN General Assembly resolutions 1514 of 14 December 1960 and 1541 of 15 December 1960, in particular the sixth paragraph of the first resolution which states that “any attempt aimed at the partial or total disruption of the national unity and the territorial integrity of a country is incompatible with the purposes and principles of the Charter of the United Nations,” the statement added.

Furthermore, the statement said, the same UN resolutions emphasize that the concept of “self-determination” does not necessarily mean secession and cannot be incompatible with the right of states to complete and maintain the unity and integrity of their national territory.

Parliament’s members expressed strong indignation over the fact the UN chief ignored the sufferings of people sequestered in Tindouf camps and massive violations of human rights in these camps.

Ban Ki-moon also ignored calls to conduct a census of populations in Tindouf camps, they said, adding that it is outrageous that the UN chief did not raise the issue of mass embezzlement of humanitarian aid sent to Tindouf populations by Polisario leaders and called instead for a donor conference for Tindouf population.

Members of Parliament said that the Secretary General has ignored the strong contribution of Morocco’s southern provinces populations in all spheres of political, economic and social life.