Rabat - Spanish artist Okuda San Miguel has transformed an abandoned church in Youssoufia, near Marrakech, into a moving canvas, which changes throughout the day under the influence of light. 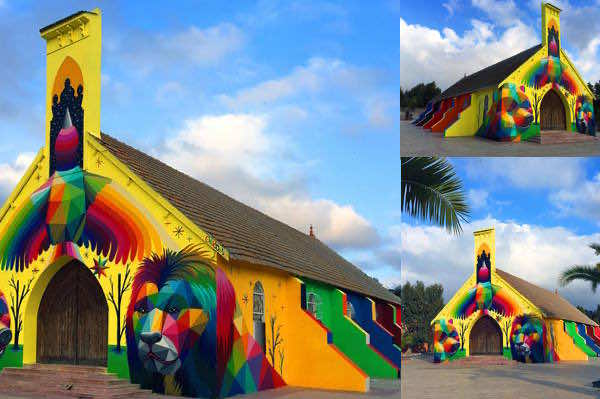 By
Larbi Arbaoui
-
Larbi is a freelance writer and assistant editor at Morocco World News.
Mar 14, 2016

Rabat – Spanish artist Okuda San Miguel has transformed an abandoned church in Youssoufia, near Marrakech, into a moving canvas, which changes throughout the day under the influence of light.

As part of an initiative launched through Morocco by the British Council, the Spanish artist created a fresco called “11 Mirages to the Freedom” on the facade of an old church in the city.

11 faces have been vibrantly illustrated on the surface of the structure, each interacting with the architecture of the old church.

The artist painted the window frames of the church decoratively with amazing crowns placed atop the characters’ heads, and bars are turned into cages for small birds in flight.

In keeping with his aesthetic signature that he used in some old churches in Spain, Okuda has painted the abstract figures using a palette of highly saturated hues. 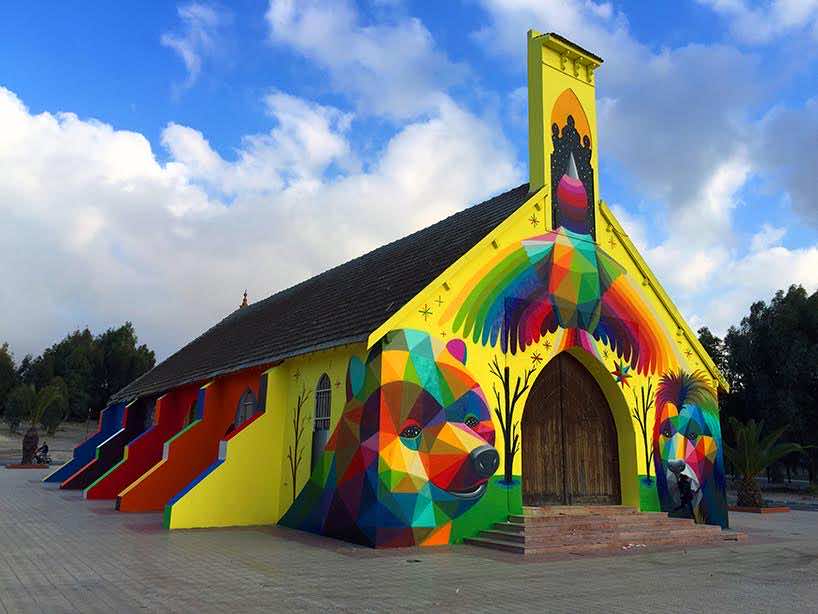 The project took the artist only few days to turn the abandoned church into a piece of art, which reportedly will be used as a museum.

The artist painted a bear on the left and a lion on the right, which surround the original wooden door on the front of the church, while he painted a large bird on the top of the door, with rainbow colored wings on both sides and its head stretched toward the sky.

Thanks to this facelift, the old church has been turned into a vibrant building that attracts visitors and passers-by who stop to take photos and enjoy the beautiful canvas.

Most of Moroccan churches no longer serve as religious places, and some of them were reportedly left abandoned.

The Moroccan Cathédrale Sacré-Coeur (church of the Sacred Heart of Jesus) located in Casablanca is among the most breathtaking African churches built in the 20th century, but it is reportedly offering no religious services, and was “abandoned for pigeons.” 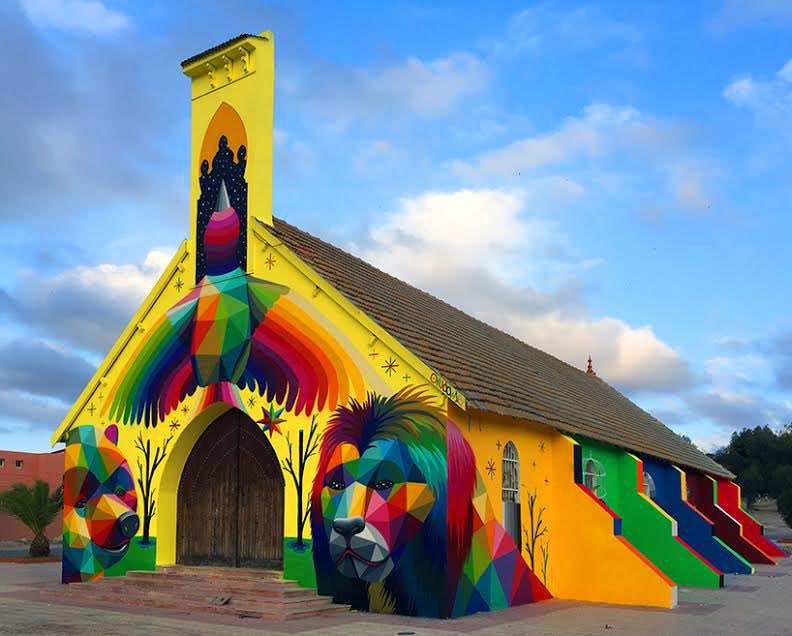 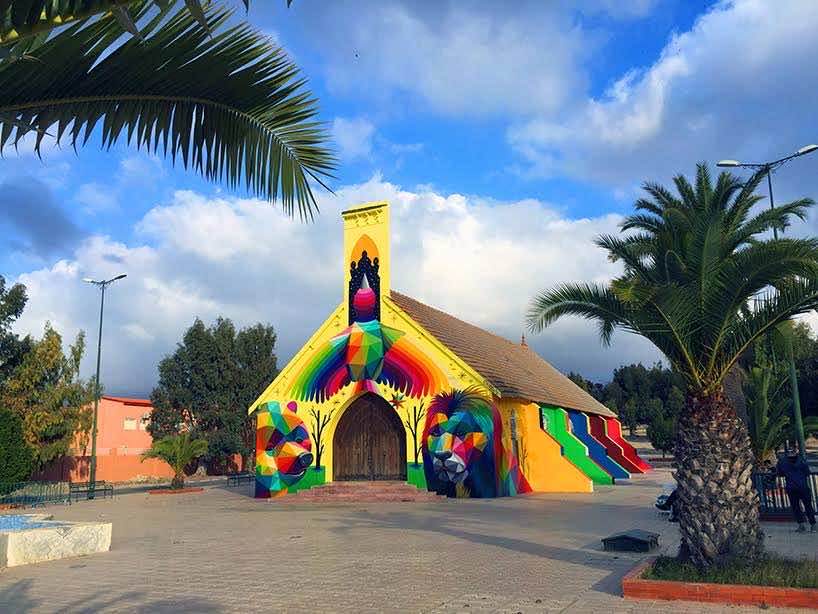