Washington D.C. - The world has heard the Moroccan public’s appeal that the Western Sahara is Moroccan. However, world opinion has yet to hear Moroccan diplomats explain their nation’s reasons for denouncing the U.N. Secretary General Ban Ki-Moon's statement calling Morocco’s presence in its southern provinces an “occupation”. 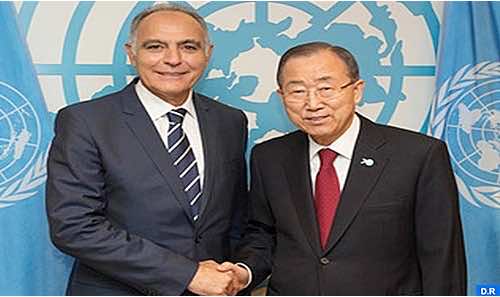 By
Hassan Masiky
-
Hassan Masiky was born in Kenitra, Morocco, and is based in Washington as a blogger and freelance writer.
Mar 14, 2016
Spread the love

Washington D.C. – The world has heard the Moroccan public’s appeal that the Western Sahara is Moroccan. However, world opinion has yet to hear Moroccan diplomats explain their nation’s reasons for denouncing the U.N. Secretary General Ban Ki-Moon’s statement calling Morocco’s presence in its southern provinces an “occupation”.

The Moroccan people are asking: “why are our diplomats not defending our positions in international news talk shows?” and “are they qualified to preserve the territorial integrity of the Kingdom?

The Moroccan public wants diplomats who could lecture about how the creation of a possible Sahrawi Republic could turn into another South Sudan. Moroccans want politicians who take to the floor of the Parliament to talk about security in Tunisia,  chaos in Libya and explain to the world how Mr. Ban statement would further destabilize the region.

Young Moroccans are eager to see their officials go beyond stating that “Morocco is in his Sahara and the Sahara is in its Morocco”, and go deeper into the legal and technical aspects of the Sahara conflict demonstrating how Algeria is an obstacle to finding a solution and substantiating how the Polisario is not the sole and legitimate  representative of the Sahrawis.

As more than a million people took the street of Rabat to condemn Mr. Ban’s statements, Moroccan officials were conspicuously absent from any mass media debate. This absence opened the door to unqualified and uninformed individuals to come out and make a joke of the Kingdom’s perspectives.

Aside from a statement published by the official news agency (MAP) and Foreign Minister Mezouar’ interview with local news outlets, no Moroccan diplomat went on the air to justify to the world the reasons that thousands of Moroccans took to the streets to protest the UN chief’s subjective comments .
Journalists in the international press started to wonder where were the Moroccan diplomats to defend their country’s thesis; and why is the Kingdom represented in the media by unknown faces with no political, historic or diplomatic knowledge of the Sahara conflict.

With all of the resources within the Ministry of Foreign Affairs and the millions of dollars spent to maintain diplomatic representations around the globe, Morocco seems unable to produce one Ambassador who can go on CNN international to decry Mr. Ban’s comments and explain the ramifications of his ill-conceived actions on the peace, stability and security of North Africa, the Sahel and the Mediterranean.

The reality that Moroccan diplomats can’t present a coherent lecture to tell the world the historical, political, religious and ethnic facts that make the Western Sahara a Moroccan territory is worrisome. The lack of eloquent and knowledgeable spokespeople may be one of the biggest obstacles to a successful Moroccan diplomacy today.

As if a country of more than 30 million people can’t find a handful of knowledgeable men and women who can saturate the news coverage explaining the dangers of Mr. Ban’s statements, Morocco’s message was left to individual citizens to articulate sensitive positions in the international media.

With dozens of Embassies around the world and a sizable Ministry of foreign affairs, Morocco must have competent, articulate staff who can deliver the nations’ messages to the world.

In fact, this “nonappearances” is indicative of a current climate of disarray within the ranks of the group in charge of drawing up a chart for the future of the Moroccan Sahara. It also comes down to the question of who are the officials in charge of foreign policy.

The lack of a more comprehensive diplomatic plan to defend the nation’s positions on the international scene will continue to hurt Morocco, unless drastic measures are taken to address the breakdown in Morocco’s foreign policy system.

In addition, the fact that some elements within and outside the Ministry will not allow staffers to rise up to the challenge and do good work undermines the country’s diplomacy.

The real deciding factor that will advance Morocco’s views and position at the U.N. and the European institutions remains the willingness of the group of deciders that control the Sahara dossier to let the competent Moroccan diplomats do their work.