Rabat - Moroccan student Abdelaziz Adrehmi has invented a smart car in the form of a "Robot" that can function without a driver. 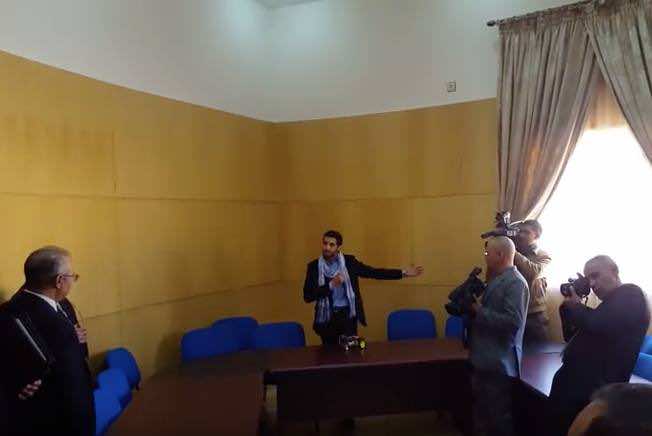 Rabat – Moroccan student Abdelaziz Adrehmi has invented a smart car in the form of a “Robot” that can function without a driver.

The smart car designed by the young student has a number of features, most notably the speed adjustment and measuring of distance. These are used to determine the destination in order to function normally.

The young student, 21, is originally from Errachidia in the south east of Morocco.

He submited his invention recently during a ceremony attended by the Wali of the Draa Thafilat, Vice President of the region, the Dean of the Faculty of Science and Technology (FST) and the Vice President in charge of scientific research at the university.

Adrehmi is pursuing his studies at the Faculty of Science and Technology in Errachidia, in computer engineering and programming.

He confirmed in a press conference that he was able to build the first scale model of a smart car for the first time in Morocco, relying on the latest research that has been prodcued on the subject in the United States.

Speaking about his project, the student said that he began thinking about it two years ago, and has managed to realize it in six months through hard work and self-effort.

Adrehmi participated in the Physics Olympiad organized by the Ministry of National Education, when he was a high-school student.

The young Moroccan man was also able to gain membership to the global organization for people with high IQs, Mensa International, which includes a number of young people highly qualified in the field of science, mathematics and physics.