Aristocrat Leisure Ltd is a leading provider of gaming solutions world-wide and is listed as one of Australia’s top 100 companies. Since its modest inception back in 1953, the company presently boasts operation in 90 countries around the globe, and is licensed in 240 gaming jurisdictions. 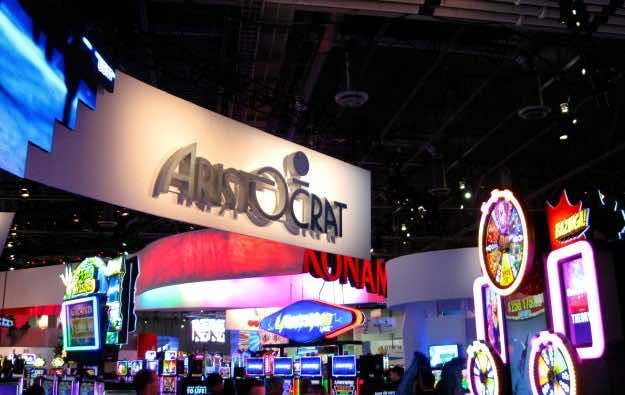 Aristocrat Leisure Ltd is a leading provider of gaming solutions world-wide and is listed as one of Australia’s top 100 companies. Since its modest inception back in 1953, the company presently boasts operation in 90 countries around the globe, and is licensed in 240 gaming jurisdictions.

The recipe for Aristocrat’s success can be attributed to its continuous and strategic expansion into multiple gaming related fields over the years, driven by a single powerful vision to deliver a world-class gaming experience from conception to execution across all mediums, including land-based casinos.

One such strategic move was the 2014 acquisition of the Tennessee-based Video Gaming Technologies Inc. by the company’s US division, Aristocrat Technologies. The $1.3 Billion mega-transaction gave Aristocrat instant access into the Indian casino market, and effectively tripled their revenue in North America alone.

Today Aristocrat is the second largest gaming equipment provider in the world, trailing just behind International Game Technology USA. They provide a variety of products and services from manufacturing electronic gaming machines and interactive video terminal systems, to distributing gaming content online directly to operators. They even manufacture the digital network systems which manage the slot machines or pokies. Aside from all that, Aristocrat also deals in computerized table games, electronic card games and linked progressive jackpot setups – in which the Hyperlink system used is patented by the company too. The Reel Power System, whereby players purchase reels instead of lines to form winning combinations, is also an Aristocrat trademark. They pretty much do everything.

It almost goes without saying that Aristocrat have ventured into realm of mobile gaming as well. In fact, they provide a variety of slots and other casino games across all Apple and Android platforms, along with providing technological support to end users of their- and other gaming manufacturer’s products. Such support services include all precautionary maintenance, repairs and logistics.

Aristocrat not only is a forerunner in providing gaming products and services to the gambling world, they have also received numerous accolades for the production quality of their games. In the latest Ehlers-Fantini Quarterly slot survey (the largest gaming survey of its kind), Aristocrat claimed first and third place in the category for top performing casino-owned games with Buffalo TM and Wonder 4 TM. They also scooped up two of the three top 10 spots in the category for top performing premium leased games, with Buffalo Grand TM, Buffalo Stampede TM and The Big Bang Theory TM slot games. On a side note, Buffalo Grand has been producing very big wins over the last few days with four punters hitting the progressive jackpot in a space of two weeks for a combined total payout of $2.6 million. And to round it all off, they cracked the nod for their future offerings as well, winning five of the top 10 spots for the most anticipated Aristocrat premium pokie games – more than any other supplier – with Game of Thrones TM taking first place overall.

The future looks bright for Aristocrat, who shows no signs of slowing down. Interactive or social gaming is the next big thing on their radar and is also the fastest growing market in the industry right now. In this widely anticipated era for the millennial generation, players can look forward to skill-based video-style arcade games being incorporated into slot machines. It may take a while to implement yet, but discussions around drafting rules around this concept are already underway between Nevada gaming regulators and Aristocrat designers.