Brussels  -  The European Commission 'welcomes' the decision of the Moroccan government to resume contacts with the European Union, a EU spokesman said on Thursday night. 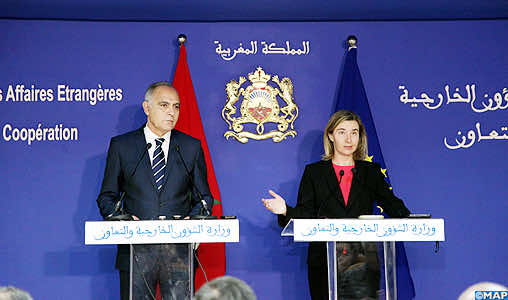 Brussels  –  The European Commission ‘welcomes’ the decision of the Moroccan government to resume contacts with the European Union, a EU spokesman said on Thursday night.

”We welcome the announcement related to the resumption of contacts which followed the visit of the EU High Representative for Foreign Affairs and Security Policy Federica Mogherini to Morocco on March 4 and talks with Moroccan authorities,” he told MAP.

“The EU has always considered and still considers partnership with Morocco as solid, based on respect and trust,” he pointed out.

”We will resume our contacts as soon as possible in the various areas of our partnership,” he added.

The Moroccan government decided to resume contacts with the European Union, head of government Abdelilah Benkirane announced Thursday in Rabat.