Taroudant - Ban Ki-moon’s spokesman said on Friday that the UN Secretary General wants the divided Security Council to clarify its stance on the UN dispute with Morocco over the Sahara. 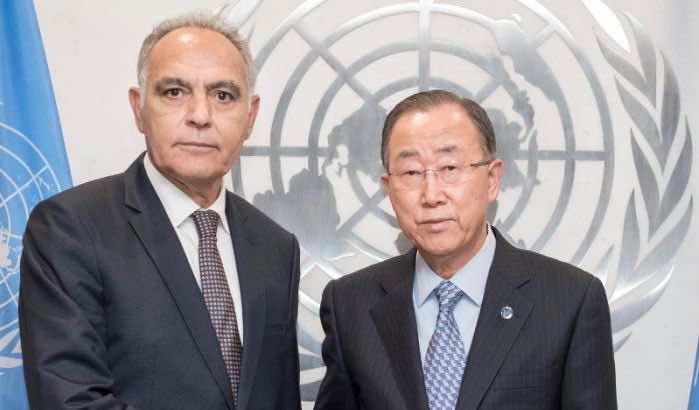 By
Larbi Arbaoui
-
Larbi is a freelance writer and assistant editor at Morocco World News.
Mar 19, 2016
Spread the love

Taroudant – Ban Ki-moon’s spokesman said on Friday that the UN Secretary General wants the divided Security Council to clarify its stance on the UN dispute with Morocco over the Sahara.

According to Ban Ki-moon’s spokesperson, Stephane Dujarric, “Ban will raise the thorny issue during a lunch meeting on Monday with Security Council ambassadors.”

The same source said that it would be “at the top of the agenda” of the talks.

Following the escalating row between Morocco and the UN Secretary General over his biased statements earlier this March, the Security Council has shown no unanimous support to Ban Ki-moon.

The 15-member council did not urge Morocco to reverse its decision and did not express support for Ban in his personal feud with Morocco.

During a press briefing on Thursday, the President of the Security for the month of March, Angola’s Ambassador to the UN Ismael A. Gaspar Martins, told reporters that members of the council would held negotiations with Morocco in order to bring things back to normal and diffuse the tension between Rabat and Ban Ki-moon.

During his recent trip to the Tindouf camps and Algiers, Ban angered Rabat by describing Moroccan rule in the Sahara as “occupation.”

In an attempt to calm the dispute, UN spokesman Stephane Dujarric told reporters that Ban’s word was not used with a “legal definition” in mind, but that it was “a slip of the tongue because he has dismayed by the situation of refugees he saw.”

The UN chief’s statements “violates his mandates and the language used in the United Nations regarding the conflict, analysts say. Ban is the first siting UNSG to describe Morocco’s presence in the Sahara as “occupation.” While the UN relevant resolutions on the territorial dispute describes the Western Sahara as non-self-governing territory, the word “occupation” has never been used.

Reacting to Ban Ki-moon’s misstep, Morocco decided to reduce the presence of the UN mission in the territory, known by its French acronym as MINURSO and to cut $3 million of annual voluntary funding it has been contributing to the mission since 1991.

Dujarric said “an initial three-day deadline for the staff to leave had been extended and discussions were continuing on the decision.”

“We very much hope that we can salvage this mission,” he concluded.