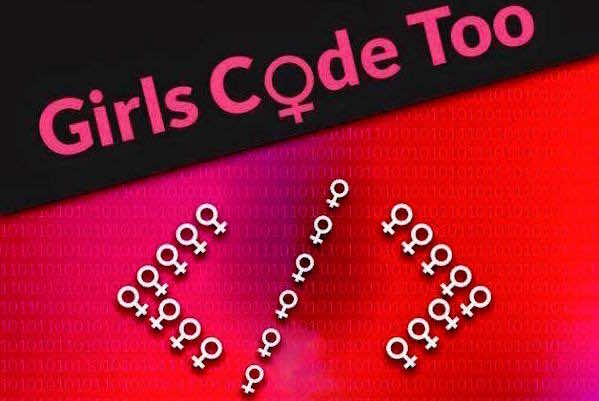 Ifrane – The Moroccan Association for Computing Machinery collaborates with Arab Women in Computing-Morocco to organize the first “Girls Code Too” event.

The idea developed as a small gesture to celebrate brilliant girls in Morocco and honor their efforts in a field often labeled as a men’s area of expertise. The two associations took the opportunity to put Moroccan college girls under the spotlight in the way they know best.

The contest will take place on March 20, at ENSIAS in Rabat. It will be run in the same style as the Moroccan Collegiate Programming Contest (MCPC). The only difference is that all the teams who are willing to participate must be made up of girls.

Each team will represent a Moroccan institution and will be faced with a series of tough problems that they have to solve using one of three programming languages: C, C++ or JAVA. And because it is a team competition, they will have one computer to share. 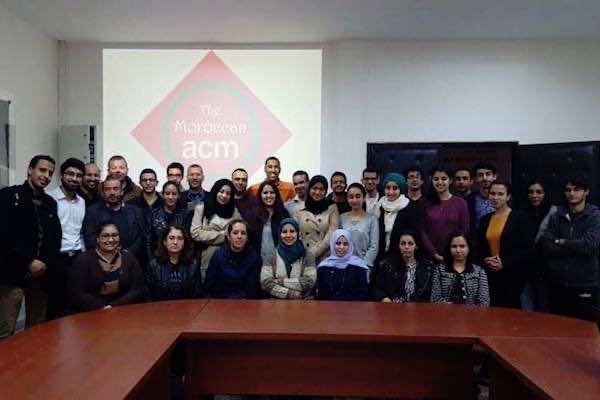 The MACM considers this contest a first step towards a successful programming journey. Their goal is to encourage girls to join competitive programming. Since the organization is familiar with this kind of competition, officials have noticed that girls’ presence is poor.

For the past four years, the organization has hosted the Moroccan Collegiate Programming Contest that aims to create a competitive field for Moroccan students to assess and develop their programming skills, as well as to give them an opportunity to show themselves to the worldwide IT community.

“Girls Code Too” is the perfect opportunity for Moroccan girls who are passionate about programming to prove themselves and break society’s stereotypes. Girls have to show that they can do anything once they put their mind to it. 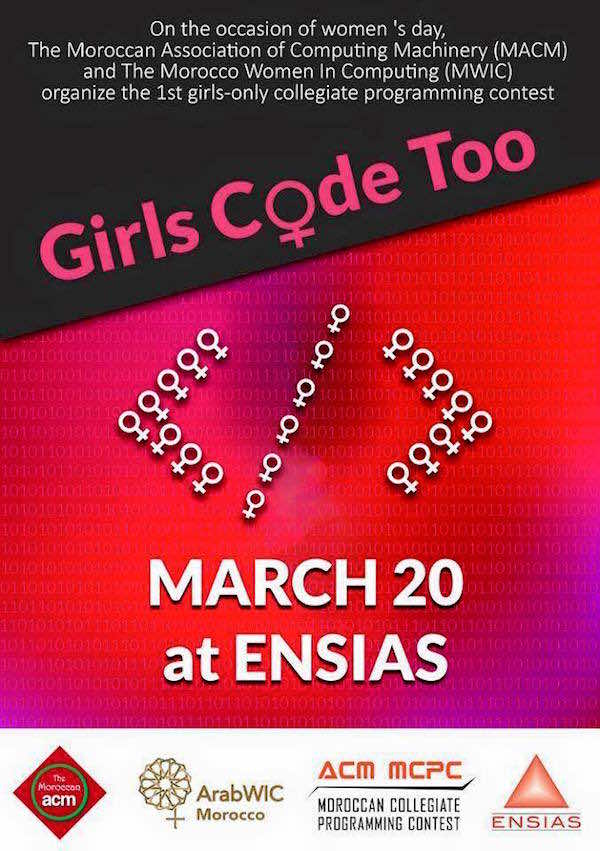