Rabat - Bibi Bourelly, a Moroccan-Haitian artist, is the songwriter behind some of the most popular singles by artist Rihanna, and has worked with famous artists such as Kanye West, Pharrell Williams, and Lil Wayne. 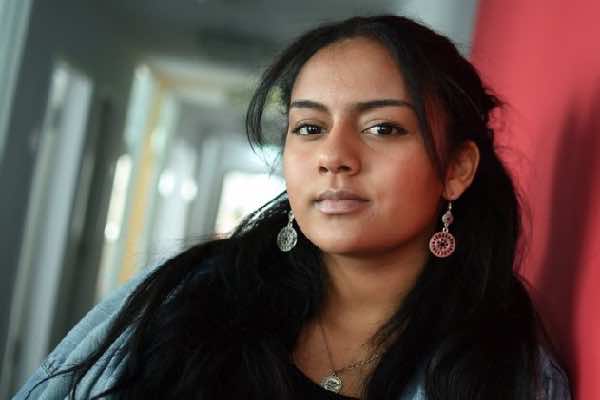 Rabat – Bibi Bourelly, a Moroccan-Haitian artist, is the songwriter behind some of the most popular singles by artist Rihanna, and has worked with famous artists such as Kanye West, Pharrell Williams, and Lil Wayne.

Born on July 14, 1994 in Berlin to a Haitian father and a Moroccan mother, she grew up in an environment that aroused her interest in music.

Her father, Jean-Paul Bourelly, is a well-known Jazz-Fusion guitarist who worked with Miles Davis and Marcus Miller. Before she passed away, her mother was the director of the art department at the House of World Cultures in Berlin.

Bourelly, 21, has loved music since she was a child and started to write songs at an early age.

“The first song I recall making, like actually making words rhyme and feeling like it had actual structure, was when I was probably six years old,” Bourelly said.

The first songs she wrote for Rihanna were “Bitch Better Have My Money” and “Higher.” Both were very successful singles.

Speaking about the circumstances of writing the song “Bitch Better Have My Money,” Bourelly said that it came “when we were vibing in the studio with the producer [Deputy] and he pulled up a beat. [The song] came about in like two or three hours.”

The half Moroccan singer feels proud of her Moroccan origins, and took to twitter to express her love for both her father and mother’s country of origin.

I’m really proud of my moroccan and Haitian side.