Marrakech - The city of Marrakech, which will host COP22 in November, celebrated on Saturday for the first time “Earth Hour,” the world's largest annual environmental event. 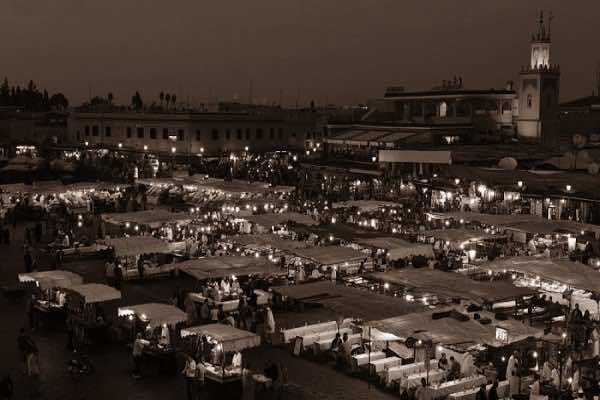 Marrakech – The city of Marrakech, which will host COP22 in November, celebrated on Saturday for the first time “Earth Hour,” the world’s largest annual environmental event.

As part of a global movement to raise awareness about climate change and energy conservation, the ochre city joined cities around the world and turned off its lights for an hour.

Djemaa El-Fna in Marrakech, one of the most bustling and vibrant public squares in the world, fell dark between 8:30 p.m. and 9:30 p.m. local time on Saturday.

Across the world, more than 350 landmarks spanning from New York to Beijing, including the Eiffel Tower, the Empire State Building and Tokyo Tower, went dark to mark the worldwide event highlighting the threat of climate change.

Earth Hour was established by the World Wildlife Fund in Sydney in 2007 and has now grown into a worldwide celebration to encourage energy users to switch off their lights as a sign that they care about the future of the environment.

This year’s theme was “places we love,” including beaches, forests, reefs, national parks, mountains and rivers – all of which are threatened by the effects of climate change.

In November 2016, Marrakech will host the upcoming UN Framework Convention on Climate Change (UNFCC) Conference of the Parties (COP 22).

“Marrakech COP 22 will be an event of innovation in adaptation to and mitigation of climate change effects,” said Morocco’s Delegate-Minister for Environment, Hakima El Haite.