Rabat - Two explosions have rocked Zaventem airport in Brussels on Monday morning, claiming the lives of many people and leaving many others injured. 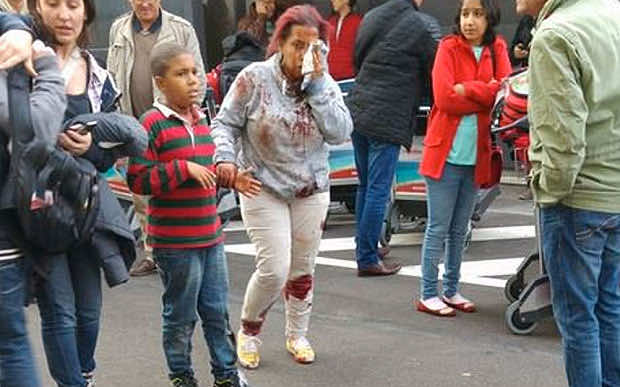 Rabat – Two explosions have rocked Zaventem airport in Brussels on Monday morning, claiming the lives of many people and leaving many others injured.

According to Belgian media, 13 people died and 30 people have been injured so far. Some Belgian sources talk about other explosions in a several metro stations in the Belgian capital. The blasts occurred at Central Station, Maelbeek, Arts-loi, and Schumann metro stations.

Television images showed passengers fleeing chaotic scenes, with thick black smoke rising from the terminal building, where the windows had been shattered, according to AFP.

The attacks come just few days after the arrest in Brussels on Friday of Saleh Abdeslam, main suspect of the Paris terrorist attacks last November.