Rabat - European countries have raised security levels at airports and train stations following a series of deadly bombings that hit Zaventem Airport and Maalbeek metro station in the city of Brussels, leaving at least 21 people dead, according to Belgium media. 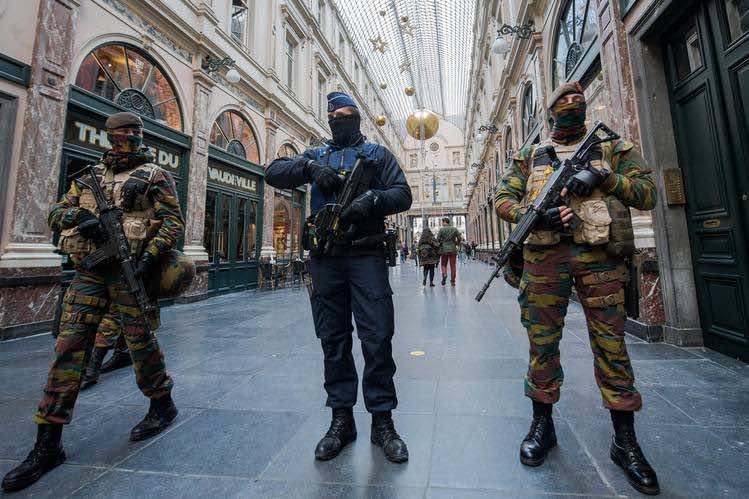 Rabat – European countries have raised security levels at airports and train stations following a series of deadly bombings that hit Zaventem Airport and Maalbeek metro station in the city of Brussels, leaving at least 21 people dead, according to Belgium media.

Belgium, France, the Netherlands, Britain, Denmark, Sweden and Finland have beefed up patrol presence at borders and airports.

Authorities closed both the metro and the airport in the Belgian capital. Officials from Britain’s Gatwick airport, Germany’s Frankfurt airport, Charles De Gaulle airport in Paris and the

Netherlands’ national airports announced that security would be heightened following the explosions in Brussels.

Belgium Prime Minister said that military deployments will be increased around Brussels.

According to AFP, a full deployment of security officials was underway at all eight terminals of Charles de Gaulle airport and its two railway stations as well as at Orly airport in southern Paris and the southern city of Toulouse.

“Out of precaution we are taking a number of additional measures in the Netherlands,” the Dutch coordinator for terrorism and security said on its website.

Germany’s Justice Minister Heiko Maas wrote a post on twitter saying, “Today is a black day for Europe,” vowing to be “steadfastly at the Belgians’ side.

Today is a black day for #Europe. The horrible events in #Brussels affect us all. We are steadfastly at the Belgians’ side.

I am shocked and concerned by the events in Brussels. We will do everything we can to help.

Cameron added in a recent tweet that he will be chairing a COBRA meeting on the events in Brussels later this morning.