Rabat - Donald Trump responded to Brussels' suicide bombings in Belgium on Tuesday morning, warning that lax security in the U.S. and abroad will lead to more terror attacks. 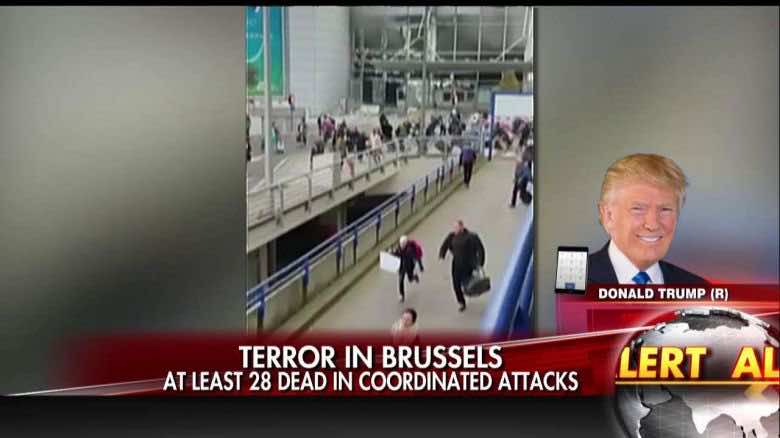 Rabat – Donald Trump responded to Brussels’ suicide bombings in Belgium on Tuesday morning, warning that lax security in the U.S. and abroad will lead to more terror attacks.

The Republican front-runner took to Twitter to comment on the terrorist attacks that rocked Belgium’s capital city, warning the US to be more “vigilant and smart.”

Do you all remember how beautiful and safe a place Brussels was. Not anymore, it is from a different world! U.S. must be vigilant and smart!

The Republican Front-runner added that “It’s going to get worse and worse. Because we are lax.”
Donald criticised Eurppe’s policy of Schengen that abolished passport and any other type of border control at their common borders.

He said: “This horrific act of terrorism shows that Schengen free movement and lax border controls are a threat to our security.”

He also called the US to “be smart,” in its border policy and immigration issue, giving the examples of the European cities that were the scene of deadly attacks recently.

“Look at Brussels, look at Paris, look at so many cities that were great cities. Paris is almost as bad. Paris is no longer the City of Lights, Paris has a lot of problems. All you have to do is speak to the people who live there where the same thing has happened and they are in fear. The city is in fear,” Trump added.

According to Belgium media, the death toll from both the attacks has increased to 28, leaving many others injured.