Rabat - Ilyass El Omari, President of the Regional Council of Tangier-Tetouan-Al Hoceima, organized the first international conference on drugs and cannabis on 18 and 19 March in Tangier. 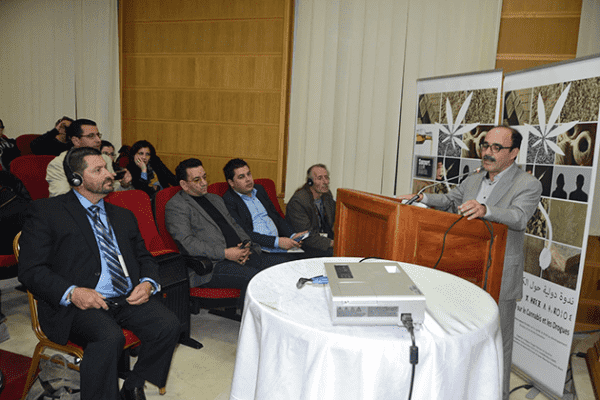 Rabat – Ilyass El Omari, President of the Regional Council of Tangier-Tetouan-Al Hoceima, organized the first international conference on drugs and cannabis on 18 and 19 March in Tangier.

Under the motto “All for Alternatives Based on Sustainable Development, Health and Human Rights,” elected officials, experts and scholars presented their views on the issue of cannabis plantations and alternatives available to local cultivators.

At the opening of the conference, the Secretary General of the Authenticity and Modernity Party (PAM) Ilyass El Omari said that the problem of cannabis cultivation requires opening a frank and responsible dialogue between political, economic and human rights actors, placing the issue of job creation at the center of the conversation.

For El Omari, approaching the issue of cannabis cultivation in general as well as its socio-cultural implications specifically should not override the most pressing objectives, which are the realization of socio-economic justice and improving the living conditions of the local population.

The conference, which is part of the preparatory procedures for the United Nations General Assembly Special Session (UNGASS) that will be held in New York between 19 and 21 April, addressed the issue of cannabis cultivation as an economic activity of the majority of the population living in the Rif Mountains.

The objective of the conference was to highlight the possible alternative uses of cannabis, an illegal plant in Morocco, for medical and pharmaceutical purposes.

PAM and the Istiqlal party, the oldest conservative party of the kingdom, proposed in 2014 a draft law to decriminalize and regulate the cultivation of cannabis for medical and pharmaceutical uses.

Cannabis cultivation, which was legal in some areas of the Rif until 1974, is deep-rooted in the region of northern Morocco, and farmers continue to grow cannabis regardless of the legal consequences.

According to United Nations estimates, about 80,000 families in the Rif Mountains make their living off of growing cannabis.