Rabat - Agadir will host 10,000 runners during the fourth annual Green Marathon on April 24th, according to a statement released on Wednesday.

Rabat – Agadir will host 10,000 runners during the fourth annual Green Marathon on April 24th, according to a statement released on Wednesday.

The event will include a total of three routes – a 42 kilometer marathon, a 21 kilometer half-marathon, and an additional 7 kilometer race.

In addition to the 10,000 registered participants, star athletes of both genders from Kenya, Ethiopia, and some European countries have confirmed their participation in the event alongside Moroccan runners from the national team and the military team, the release said.

The marathon – scheduled to begin at 8:30 a.m. at La Place Al Amal – will be, for some of the runners, a final race before the upcoming Summer Olympics in Rio de Janeiro. 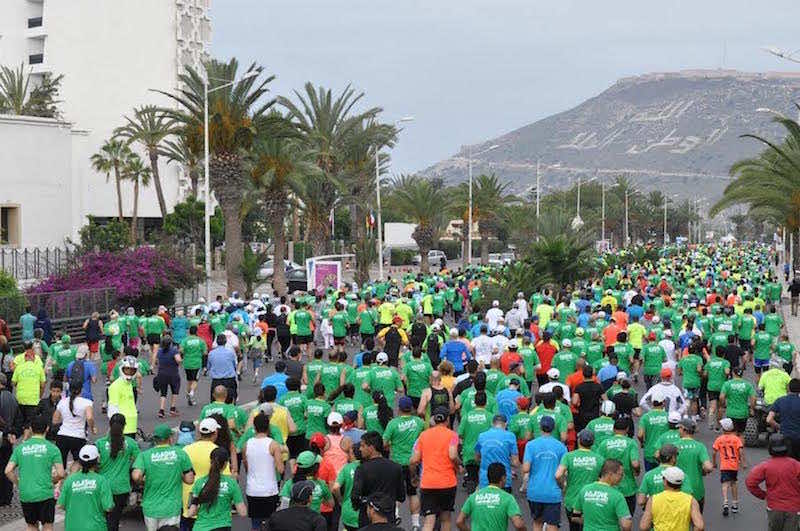 Organizers said preparation for the event has been proceeding on schedule thanks to cooperation and support from the regional and municipal governments as well as the local tourism council.

No cars will be allowed to drive on roads in the coastal city on race day, the release added.

On the 23rd of April – the Saturday before the races – the organizing committee will carry out the largest tree-planting in the history of the city with support from the national ministry for the environment and the High Delegation for Water and Forestry.

The statement also announced a press conference on April 6th, during which organizers will release a map outlining the exact routes for the three races and introduce the international athletes participating in the event.

Last year’s marathon hosted a record 3,500 runners and proceeded without incident, according to organizers.