Taroudante - France has launched a shock video campaign based on real events in a bid to combat the country’s increasingly worrying number of hate crimes following terrorist attacks which have rocked the republic. 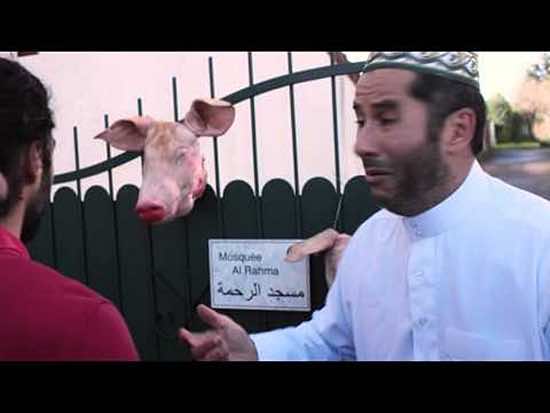 By
Larbi Arbaoui
-
Larbi is a freelance writer and assistant editor at Morocco World News.
Mar 24, 2016
Spread the love

Taroudante – France has launched a shock video campaign based on real events in a bid to combat the country’s increasingly worrying number of hate crimes following terrorist attacks which have rocked the republic.

To mark the UN’s International Day for the Elimination of Racial Discrimination, the French government has devised a series of public service advertisements aimed at stopping the “hate” against “migrants” and “Muslims” in France.

France, which is home to millions of Muslims and migrants from around the world, has released a total of six videos inspired by real hate crimes that have occurred in France.

The republic launched the campaign on social media with the hashtag #TousUnisContreLaHaine (All United against Hate).

The videos begin with a warning that the audience may find the comments and images “shocking”.

One of the videos of the campaign shows a group of Muslims in shock after discovering a pig’s head stuck on the gate of a mosque.

The words at the end of the video say “Anti-Muslim acts begin with words and end with beatings, assaults, and blood”.

The scene in the video shows just one aspect of hate crimes targeting Muslims and their places of worship in France.

The French government has set out a special rubric on their website, gouvernement.fr, entitled Tous Unis Contre La Haine (All United against Hate) stating that “The fight against racism, anti-Semitism and xenophobia is a priority of the Government.”

The website states that “The law prohibits and punishes racism and anti-Semitism in all its forms. The penalties vary depending on how they are expressed: abusive language; different and unfavorable treatment compared to others (discrimination); physical violence.”

In its efforts to combat racism and hate crimes, the government is telling people how they can report others for “racism” and “hate crimes” and is also encouraging them to do so.

According to the Observatory against Islamophobia of the CFCM, acts of Islamophobia in France have been on the rise since the Charlie Hebdo attacks in January 2015 and the situation has become worse after the Paris attacks of November 13, 2015.