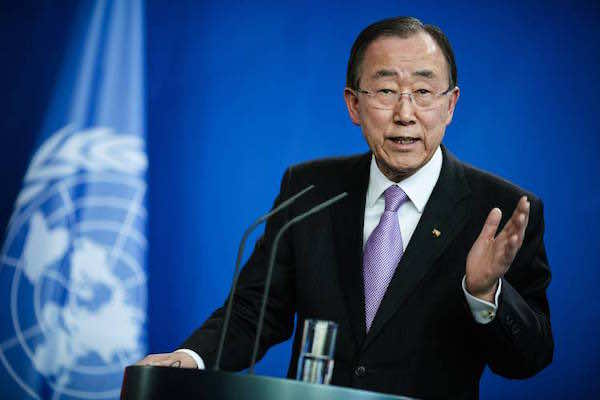 Rabat – One can only wonder what has been occurring in the corridors of the United Nations (UN) that made its Secretary-General Ban Ki-moon describe the Western Sahara as a territory “occupied” by the Kingdom of Morocco.

Based on these remarks we may raise a series of questions. Is this position in full compliance and agreement with his personal intellectual and ideological orientations? Were his actions possibly due to an agreement reached with the Algerian authorities to favor the Polisario at the expense of Morocco? Alternatively, does this statement represent a new approach to the conflict adopted by the UN?

Since the conflict of Western Sahara was introduced to the UN on December 1966, the organization has always maintained a neutral stance and kept an equal distance from all involved parties. Never has any UN Secretary-General or other official, nor any UN Resolution issued whether by the General Assembly (GA) or the Security Council (SC), considered the status of the Western Sahara to be under “occupation” by Morocco. Ban Ki-moon’s statement was unprecedented.

Furthermore, the verdict of the International Court in The Hague, back on October 16, 1976 explicitly recognized Morocco’s claim to the Western Sahara based on historical documentations and arguments presented to the Court by the Moroccan government. UN Resolution 1514 regarded the Sahara as a non-self-governing territory. However, other UN Resolutions issued by the GA and the SC clearly stated  that the Kingdom of Morocco exercises what is considered effective management of a non-self-governing territory, making Morocco the de facto authority in the territory.

Chapter 11 of the UN Charter (article 73), affirms, “There is a fundamental principle of giving priority to the interests of the territories that fall under the non-self-governing status.”

The Kingdom of Morocco works restlessly to abide by Chapter 11. This is why Morocco presented the comprehensive, credible and concrete Autonomy Proposal for the Western Sahara, which would serve as the ultimate solution to the conflict in the region. Such a proposal does indeed respect the will of the local population and reflects the principle of self-determination.

A variety of case studies of autonomous territories within larger states exist that follow this guiding principle  These examples are not considered occupied territories.

These territories include, but are not limited to:

The political participation of Sahrawis living in the Western Sahara shows that a majority accept Morocco’s administration of the territory. A large number of Sahrawis engaged in the recent general elections, demonstrating their investment in political reforms in the country. The vast majority of Sahrawis reside in the Sahara Provinces, especially those born after 1975, while their counterparts in Tindouf form only a fraction of the Sahrawi population. Those in Tindouf by no means represent the will of all Sahrawis.

For all of the reasons highlighted, the UN Secretary-General’s statement during his visit to the BirLahlou region was not in compliance with the UN Charter, and therefore an unprecedented attack of the principles of the organization. Such a statement was biased and showed a clear alignment with Algeria and its proxy in the conflict the “Polisario Front.”

This action jeopardized the credibility of the UN as an organization as well as its impartiality in keeping the same distance from all parties in the conflict. The UN and its officials should work towards enforcing peace and stability in the region, especially in the light of the worrying growth of terrorism, extremism and instability in the Sahara and Sahel region.

The Charter of the United Nations clearly states the duties and guidelines of the Secretary-General’s position. Chapters 97, 98, 99 and 100 define his or her functions and responsibilities. Chapter 100 reads:

Based on the content of this Chapter, Ban Ki-moon’s statement was an obvious violation of the international character of the UN and the beginning of the end of the UN’s mediation in the conflict.

UN Officials should focus on the inhumane living conditions of the Sahrawis detained in Tindouf, a territory that falls under Algerian sovereignty, and should force the Algerian government, as a host country, to improve the living situation of these Sahrawis, which currently does not comply with international law and the UN Charter regarding refugees.