Taroudante - The British Lionhearts have been confirmed as the winners of Group B in the World Series of Boxing (WSB) after the board decided to declare the match a draw because four boxers on the Moroccan team were denied visas to Britain. 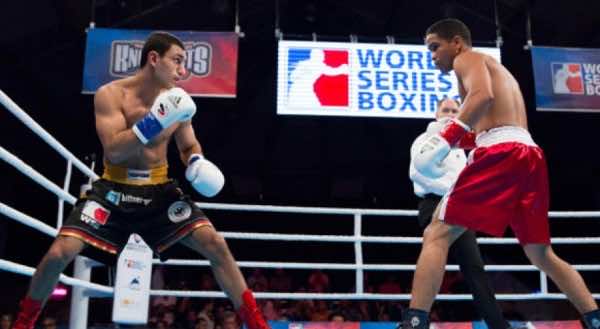 By
Larbi Arbaoui
-
Larbi is a freelance writer and assistant editor at Morocco World News.
Mar 26, 2016
Spread the love

Taroudante – The British Lionhearts have been confirmed as the winners of Group B in the World Series of Boxing (WSB) after the board decided to declare the match a draw because four boxers on the Moroccan team were denied visas to Britain.

“Given that the reason for the cancellation was outside of the control of both the Morocco Atlas Lions and the British Lionhearts, the WSB Board has determined that the match will be deemed a draw”, the judgement by the WSB Board said.

The match between the two teams was supposed to take place at York Hall in Bethnal Green last Thursday on March 17, but four boxers with the Moroccan Atlas Lions were refused visas to enter Britain.

Their applications were assessed by the Home Office, who denied them entry to the country without providing a logical reason.

The Home Office said in a statement that “all UK visa applications are considered on their individual merits and in line with UK immigration rules and guidance”.

After the board considered the match a draw, it awarded two points to both teams, which guarantees the British Lionhearts a home quarter-final against either the Ukraine Otamans, the China Dragons or the Cuba Domadores.

When they learned that the match would be scheduled after the Atlas lions couldn’t attend, the British Lionhearts issued a statement expressing their disappointment and extending an apology to their fans.