Rabat - The Almeria-based cooperative Murgiverde, one of the largest Spanish agricultural companies in terms of turnover, has planned to move to Morocco in search of lower labor costs, according the Spanish News Agency EFE. 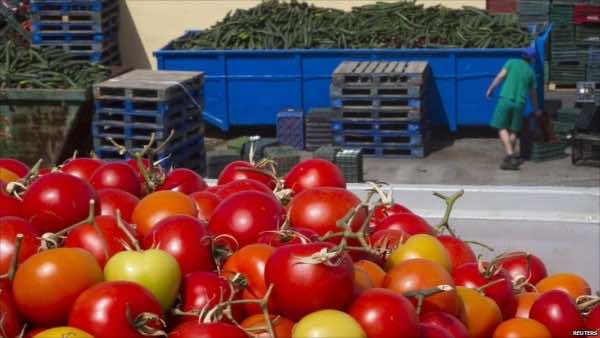 Rabat – The Almeria-based cooperative Murgiverde, one of the largest Spanish agricultural companies in terms of turnover, has planned to move to Morocco in search of lower labor costs, according the Spanish News Agency EFE.

Manuel Galdeano, the president of Murgiverde, said that some vegetables, like green beans, are no longer being harvested in Almeria or have been reduced to insignificant volumes.

The same source added that the Spanish growers have decided to produce tomatoes in Morocco to benefit from the country’s “cheap labor force”, given the fact that tomato growing requires a large number of workers.

The president of the Spanish cooperative said that in the case of tomatoes, competition from Morocco “has increased noticeably”, especially since the introduction of the new entry prices for imports.

He added that the Almerian grown tomatoes are facing fierce competition as imports from Morocco have grown increasingly higher.

Another reason behind the decision of the Almeria-based cooperative is to enjoy the abundance of water in certain regions of Morocco.

“Morocco is a country that, in some agricultural areas, has even greater water availability than Almeria”, Galdeano said.

Galdeano admitted that the tomato growing conditions in Almeria are not favorable for good production, stating “Here we are not constructing the necessary infrastructure and rains are more scarce every year”.

Faced with increasing competition from Morocco, Galdeano said his cooperative has to show “a commitment to innovation, quality and service” in order to cover the expensive labor costs in Almeria, otherwise, “we will face great difficulties in the future”.

Morocco is known internationally as one of the largest exporters of tomatoes.

Tomatoes constitute one of Morocco’s main fresh agricultural product exports and are a key revenue earner.

In recent years, Morocco has exported an average of 414,277 tonnes of tomatoes annually, accounting for 33% of production.

Europe remains the kingdom’s primary trading partner in this sector, absorbing about 350,000 tonnes of the crop annually.