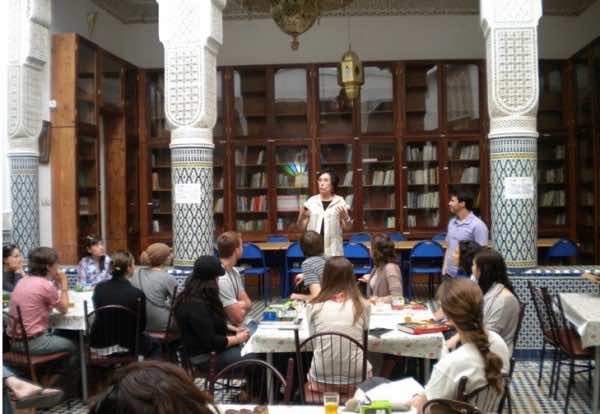 Fez, The medieval city many visitors and Westerners call their favorite Moroccan city. Being divided into the Medina and the modern city, Fez is very cosmopolitan, with a unique history and beauty.

The International Institute for Languages and Cultures (INLAC) is located in the old Medina of Fez which boasts the oldest university in the Islamic world: Al-Qarawiyyin University. INLAC aims to foster dialogue between cultures and peoples, especially between the Islamic world and the West. The global unrest and the tragic events of September 11, 2001 have highlighted the urgency of promoting communication between civilizations and societies, especially the youth of the Islamic World and the West. INLAC was founded in 2011 by the well-known university professors Fatima Sadiqi and Moha Ennaji, as a structured forum for such a communication through both academic and cultural channels.

INLAC is a private institute which is accredited by the Moroccan Ministry of Education and is open to Study Abroad students. It welcomes students from around the world and offers classes in Arabic, as well as content courses in English, namely: contemporary North Africa, Islam, History, Politics, Women’s Issues, Migration, Education, and Anthropology of North Africa and the Middle East.

INLAC is surrounded by quiet streets and is close to most amenities in the medina including riyads, tea houses, restaurants, bazaars, and shops. It is within walking distance to the Batha square and 15 minutes ride by taxi to the center of the city (Ville Nouvelle) and 30 minutes’ drive from Fez Saiss airport. A Western style shopping mall, with luxury boutiques, food courts and a leisure area, is less than 15 minutes ride by taxi. 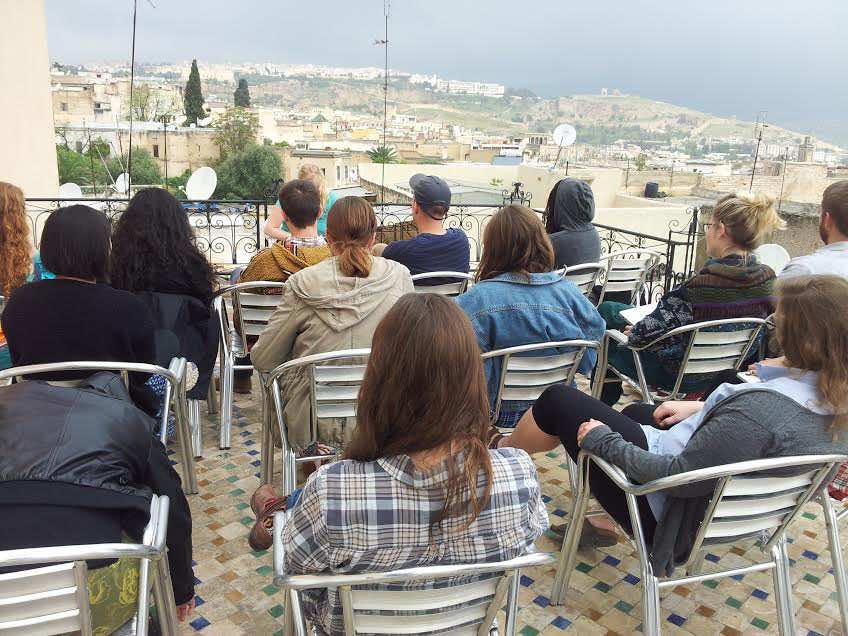 Programs are customized according to the needs of the students and the requirements of their colleges and universities. Arabic courses are taught according to university international academic credit standards by a dedicated and enthusiastic group of Moroccan university professors and experts. INLAC, which aims at excellence in teaching for credit, does not only lead students through textbooks, but it also offers a complete immersion in Morocco’s languages and cultures. The goal is to make students ‘think in’ as well as speak Arabic quickly, using the communicative intercultural approach.

Furthermore, INLAC provides homestays in the medina, as well as in the new city or nearby hotels. It strongly recommends homestays, as living with a carefully chosen Moroccan family is an enriching experience which has a far-reaching and permanent cultural and personal impact.

Likewise, students get involved in community service, in collaboration with non-governmental organizations, with the aim to serve the host community in a give-and-take partnership. Allowing students to associate themselves with charities and non-profit causes facilitates their professional routes. Working directly for NGOs is a great experience that fosters self-confidence and a feeling of sharing.

Students are also introduced to Moroccan cuisine, music, and dance. Arabic calligraphy is taught on an optional basis by well-known calligraphists in the country. Students are encouraged to pursue their special interests and hobbies so as to enhance their academic, cultural, and individual achievements.

INLAC provides a unique environment in which to learn, socialize, and expand a cultural knowledge base that one can draw upon to help understand the impact of culture upon leadership and intercultural interaction, develop a lifelong appreciation and respect for cultural variation, and build up intercultural leadership skills that value and include cultural differences.

INLAC seeks to become a beacon of learning and study abroad in Morocco.