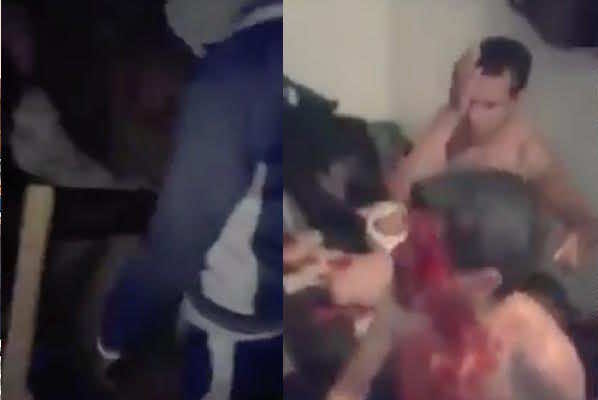 Rabat – A disturbing video shows individuals assaulting two men who were perceived to be a homosexual couple.

The couple was forced to go home naked after series of beatings and verbal abuse. The assault took place on March 25 at the gay couple’s home in the city of Beni-Mellal.

After similar assaults in Fez on June 29, 2015 and Casablanca on September 23, 2015 against homosexual people, the rise of homophobia in Morocco becomes worrying.

Taking into account the feelings of its readers, the editorial board at Morocco World News have decided not to post the video, because of its graphic content.

Civil society and many movements such as the Mouvement Alternatif pour les Libertés Individuelles (MALI) and “Aswat” expressed their anger against this severe aggression and demand a legal investigation.

The Moroccan penal code prohibits homosexuality as a criminal offense and an illegal activity that can be punished with anything from 6 months to 3 years imprisonment and a fine of MAD 120 to MAD 1200.