Rabat - Granted, the causes of terrorism are complex. Granted, too, those who pull the trigger or activate explosive belts are no doubt guilty of terrorism. Granted, too, those who provide them with funds, logistics, organization and any kind of support are as criminal and terrorist as they are. Granted, too, anyone who condones or finds excuses for terrorism is a potential terrorist and should be called to order. It should, however, be as granted to consider those who pull strings higher up and who see extremism developing or manage space for it to do so and pretend they do not see as terrorists, too. 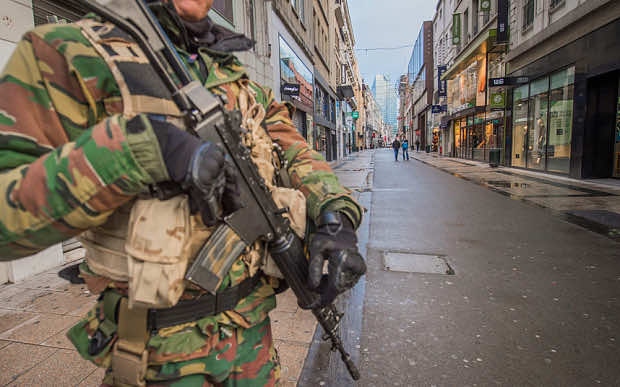 Rabat – Granted, the causes of terrorism are complex. Granted, too, those who pull the trigger or activate explosive belts are no doubt guilty of terrorism. Granted, too, those who provide them with funds, logistics, organization and any kind of support are as criminal and terrorist as they are. Granted, too, anyone who condones or finds excuses for terrorism is a potential terrorist and should be called to order. It should, however, be as granted to consider those who pull strings higher up and who see extremism developing or manage space for it to do so and pretend they do not see as terrorists, too.

This last category includes governments, both those of countries said to be democratic and those running States said to be Muslim or Islamic. In fact, most countries said to be democratic have either seen terrorism developing in their societies and pretended they did not see or actually supported it when they simply did not contribute to its birth and delivery. They argue that terrorism has developed in immigrant majority neighborhoods often omitting to recall that the immigrants they have in mind, those of Arab, North African and Islamic stock, have been crammed in those neighborhoods by democratically made and implemented exclusivist segregationist policies that maintained them in economic and social vulnerability.

In fact, the current youngest generations of immigrants living in these neighborhoods which European sociologists, political scientists and psychologists are finding to be the major forces driving the terrorist chaos are European born second or third generations of people who had been invited – brought – to reconstruct European economy, rehabilitate its infrastructures and operate it industry after they had been destroyed during two consecutive savage wars. These generations which had much less opportunity of social integration and mobility through education and investments of their governments than their countrymen of local stock were left intellectually unprepared to face up the alternative extremist ideologies that preyed on them. Many succumbed.

Likewise, very seldom is it mentioned when investigating the causes of the current forms of terrorism that the fundamentalist ideologies being now incriminated in Islamic radicalism have actually been imported in daylight from friendly very undemocratic clients and suppliers who have been granted special privileges in Western democracies for economic and strategic reasons. Thees were smuggled in under the cover of freedom of speech, religious freedom and cultural tolerance.

The most interesting privileges these strategic partners have been granted include the total waiver of democratic processes and of respect of human rights and individual freedoms in their own countries and free access of their extremist ideologies in the countries of their allies as well as the guarantee to export them anywhere they please.

These privileges have included the right to fund educational, training, cultural and religious events and institutions which promote the discourse of hatred and invitation to violence, extremist attitudes towards cultural difference and the denial of the right of choice. It has never been a secret to anyone that this discourse expressed itself through the kind of behavior that democratic political science defines as terrorism.

Furthermore, it seems that in some of these democratic countries, the monopoly of trade in Islamic affairs was granted to the patrons of these extremist ideologies. In other words, the privileges that were granted these allies were to practice terrorism in their own countries and anywhere they wished in the world including in the countries of their own allies.

In fact, because of the foreign financial power that was allowed to back extremist and fundamental ideologies in European and other Western societies, very little room was left for enlightened, tolerant, moderate and modern trends of the Islamic offer to compete. Added to the powerful finances behind the foreign Islamic project in Europe, the various political, cultural and economic pressures which it applied on the Muslim community have been such that, on the one hand, many feared for their own safety and for the security of their homes if they showed any resistance or critical attitudes and, on the other hand, the investments of the European countries and the rest of the Muslim world in more humane Islamic options were neutralized dramatically. Brussels which was stricken by horror recently, for one, hosts one of the most prestigious headquarters of Islamic fundamentalism whose discourse is anything but peaceful, brotherly and adhering to universal values of Human Rights and democracy.

It is also very seldom recalled while addressing the issue of the causes of terrorism branded as Islamic that the West had invested a lot to promote the heroic image of fundamentalists when it needed them to counter former USSR wherever it challenged Western Hegemony. The most striking case is that of the Islamic fundamentalists that were presented to the whole world as the Freedom Fighters in Afghanistan.

These Freedom Fighters were individuals and groups of many nationalities having in common the dream of conquering the whole world and making of it one nation, the Nation of Islam, one that would be founded on the most conservative, radical and undemocratic interpretation of Islam. The international political context of the time had made it possible for the USA, for example, to co-opt Bin Laden, to join efforts with him and to grant his men the title of Freedom Fighters underestimating the viability of his organization and the lasting impact it would have on Muslims throughout the world. How Bin Laden and his organization have developed and are faring is history.

While in an attempt of recruiting more warriors for Freedom Fighters they were promoted among youth as standing by democracy against communism, they presented themselves to Muslims as engaged in a universal war against atheism, non Muslims and decadent Western civilization and democracy. It is therefore the democratic West, especially the USA, that first introduced Muslim youth to fundamentalism and invited them to join its troops. Years later, the same transcript was produced in the wars that followed the fall and split of former Yugoslavia.

The extremist and radical ideologies that served to mobilize Muslim youth from all over the world and essentially from Europe did not seem to bother anyone at the time. It is the same motives, the same ideologies and the same organizations that are sponsoring the horrific strikes in Europe, the Middle East, North Africa and Sub Saharan and Eastern Africa although Western media hardly address attacks that hit and kill in these exotic places. It seems that news about non European casualties does not sell TV time as much unless it is a yet other case of double standards.