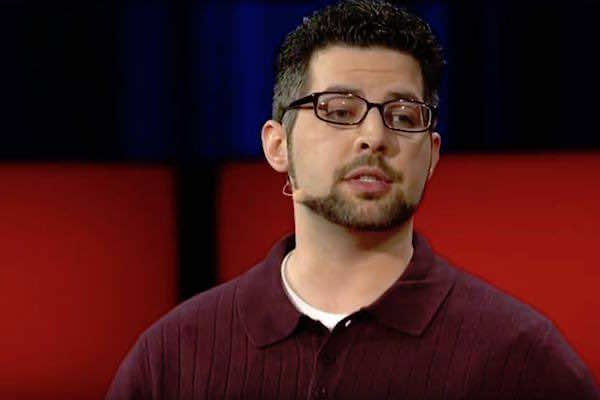 Rabat – One day, a feeling of curiosity led me to start checking out some inspirational speeches on YouTube. Soon, I came across an interesting speech entitled “The Terrorist’s Son,” and not long after, realized that it was made by the famous TED YouTube Channel. I imagine some of us are aware of their famous slogan, “Ideas worth spreading.” In addition to ideas, they aim to spread genuine opinions, and throughout their ten-to-twenty minute talks, help to make the world a better place.

While watching the speech, I became amazed at the man’s story and started to grow very affected by it.

The intriguing speech is by a Middle-Eastern American man named Zak Ebrahim. Throughout the entire talk, he exposes the environment in which he grew up, and explains the circumstances that shaped his life.

Zak’s story goes like this: on November 5, 1990, his father assassinated Rabbi Meir Kahane, the leader of the Jewish Defense League, but was not found guilty. He was, however, convicted on lesser charges, and while serving, he and another man began to plan other extremist attacks in multiple places. Throughout that time, Zak’s childhood was about as far from normal as could possibly be.

According to Zak, before his father went to jail, both of them used to spend father-and-son time together. But he wasn’t raised like the other kids; His father always taught him to judge others based on their looks, race, religion and so on. Also, by the time he turned 19, him and his family had already moved many times from city to city and state to state.

After his father was convicted and went off to jail for his crimes, Zak tried hiding his identity from his peers as much as possible. At the end of the day, though, he was still picked on for being the new, silent, chubby kid in the classroom. Moreover, Zak says he suffered a lot; that his father exposed him to another side of Islam, and as a consequence he barely socialized with his peers at school.

However, he did not let all of those circumstances define who he was. According to him, the major turning point that challenged his way of thinking was when he participated in the 2000 presidential elections. He had to interact with different people from all lifestyles.

During the intense talk, Zak says, “I do it in the hopes that perhaps someone someday who is compelled to use violence, may hear my story and realize that there is a better way, that although I had been subjected to this violent, intolerant ideology, that I did not become fanaticized. Instead, I chose to use my experience to fight back…” TED Talks.

My story is one where, honest truth be told, I was touched by his words and narrative. Frankly, I felt ashamed to realize that I, myself had a judgemental personality and that I was pretty much blindfolded by it. Before hearing Zak Ebrahim’s story, I used to prejudge others at first sight; whether it be based on their religion, race, or looks. I wasn’t aware of the extent to which prejudging had shaped my worldview. His story got me wondering; how did I not spot my disease before? Why did I not question myself before? Why had I not taken action before? It is a sad thing for me know that I had been such a person, but I am thankful now. I am thankful that I have seen his story. I am thankful that it has helped to clear away the smokescreen.

Zak Ebrahim was a person raised on hate and dogmatism. It was presumed by everyone that he would follow in his father’s footsteps, all the people in his life saw him as just another version of his father, smaller but equally destructive. Yet courageously, he chose to take his own path. The idea that echoes throughout all of this is that we all have the power to choose how we view other people, and that another person’s looks, race, history or religion doesn’t have a thing to do with the quality of their character. Zak Ebrahim’s words have become mantras to me now and I try to live by them every day.

“Everyone has a choice, even if you are raised to hate, you can choose tolerance. You can choose empathy…” TED Talks. Even though he was deemed the terrorist’s son, he was neither ashamed of, nor dismissive about it. Zak Ebrahim is living proof that hatred and intolerance are not inherent in one’s race, appearance, or religion, and that a son is not always destined to trace the steps of the father. That his father was a terrorist doesn’t weigh on him, because he is not his father, he is “himself”. The big picture is that he is the terrorist’s son, but he is not the terrorist; and, moreover, that it is up to us to paint our own picture. At least now I have painted mine, and thanks to him, my vision is finally clear.