Rabat - Top military officials from the Royal Moroccan Armed Forces participated in a high-level military meeting of the Islamic Military Alliance to Fight Terrorism held on Sunday, March 27, in the Saudi capital Riyadh. 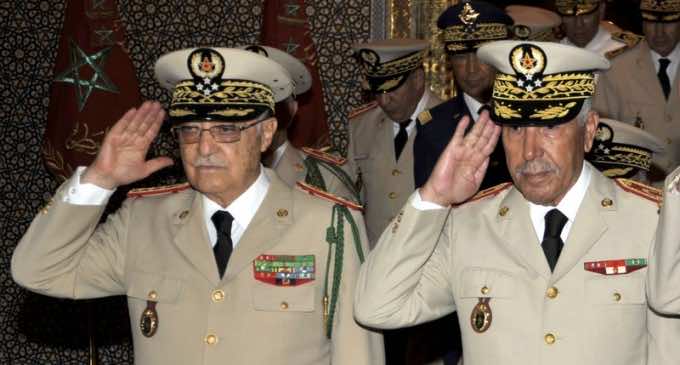 By
Larbi Arbaoui
-
Larbi is a freelance writer and assistant editor at Morocco World News.
Mar 28, 2016
Spread the love

Rabat – Top military officials from the Royal Moroccan Armed Forces participated in a high-level military meeting of the Islamic Military Alliance to Fight Terrorism held on Sunday, March 27, in the Saudi capital Riyadh.

The meeting was held under the chairmanship of Saudi Minister of Defense, Crown Prince Mohamed Bin Salman Bin Abdulaziz.

The meeting, considered the first of its kind after the major military maneuver “Thunder of the North” earlier this month, aimed to coordinate efforts of the armies of 34 Muslim countries involved in the alliance, including the Royal Moroccan Armed Forces.

According to the Arabic-language channel “Al Arabiya,” the meeting was held as part of the coordination efforts of the coalition created in December 2015 with the goal of combating terrorism “militarily and ideologically.”

Morocco’s PM Abdelilah Benkirane represented the country on March 9 in Saudi Arabia at the closing ceremony for “Thunder of the North.”

The Islamic counter-terrorism force was announced in December by Mohammed bin Salman in a bid to establish a unified Muslim body to fight terrorism.

The coalition began with the establishment of a joint operations center in Riyadh.

Since March 2015, Saudi Arabia has led a military campaign against Iran-backed rebels in its southern neighbor Yemen. Saudi Arabia later formed the Islamic Military Alliance in December 2015. The alliance has been described as the “Islamic NATO” by some commentators.