Rabat - A new biography of Aung San Suu Kyi reveals that after an interview with BBC presenter Mishal Husain the Nobel Peace Prize Laureate was heard saying off-air “No one told me I was going to be interviewed by a Muslim.” 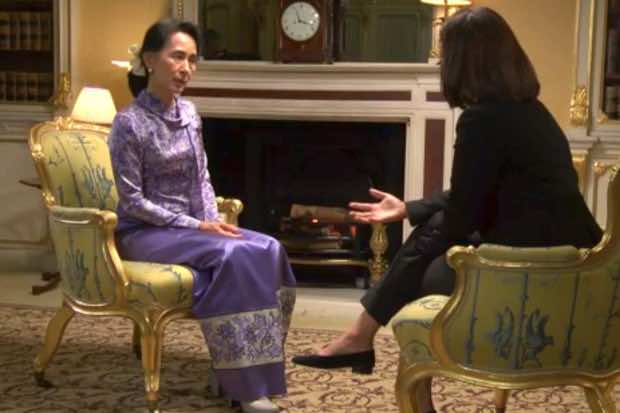 Rabat – A new biography of Aung San Suu Kyi reveals that after an interview with BBC presenter Mishal Husain the Nobel Peace Prize Laureate was heard saying off-air “No one told me I was going to be interviewed by a Muslim.”

The Burmese politician and president of Myanmar’s National League for Democracy apparently grew frustrated after Husain, the program’s host, repeatedly asked her if she condemns the persecution and ethnic cleansing of Burma’s Rohingya Muslims.

“I think there are many, many Buddhists who have also left the country for various reasons. This is a result of our sufferings under a dictatorial regime,” Suu Kyi said.

Suu Kyi has long faced criticism for not taking a clear stand in support of Muslims persecuted in Burma given the reverence and political influence she enjoys in the country.

The interview took place in 2013, but news of Suu Kyi’s off-air remarks recently surfaced after the release of a new biography “The Lady and the Generals: Aung San Suu Kyi and Burma’s Struggle for Freedom,” written by journalist Peter Popham.

“I thought it was worth including in the book because it just feeds into the ambiguity of her position regarding this issue,” Popham said.