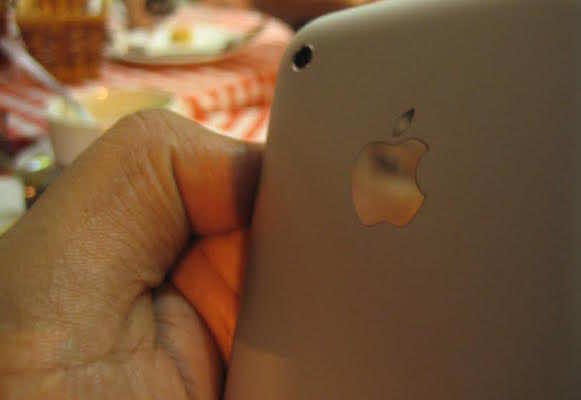 New York – Unlike The Majority Of Americans, Arabs Are Supporting Apple

Many Arabs and Muslims disagree with the FBI, saying Apple shouldn’t have to unlock the iPhone 5C that belonged to Syed Rizwan Farook, one of the masterminds in the San Bernardino shooting that left 14 dead and 22 injured.

A sampling of 17 people from Arab countries suggests, unlike the majority of Americans who side with the FBI, there’s support among this group for Apple’s pushback in this dispute.

“Who will guarantee that Apple will not be asked again, when there is another terrorist act or high profile crime? Apple’s responsibility is to its stockholders, not the FBI. The FBI should hire their own hackers to solve similar issues,” asked Sam Elferrane, a Moroccan-American from Rabat, Morocco.

Since February 17, Apple and the FBI have been playing a game of tug-of-war over the status of Farook’s phone.

The FBI’s push for access into Farook’s phone comes after he and his wife were linked to larger jihadist groups, and the FBI asserts, he may have communicated with other terrorists who could be planning similar attacks.

Apple has rejected the FBI’s proposal, on the grounds of preserving customer privacy. Apple argues, allowing this kind of access to the government could create a dangerous precedent for similar requests in the future.

“From one side, you have the people’s privacy which is in danger, and from the other side, the people’s security,” said Rym La, a woman living in Algeria.

“I think modern societies are constantly disturbing people’s privacy. Everything needs to be under control. I am sure they [the FBI] are already looking for a way to do it themselves,” she said.

Muslim advocates say the need to fight against religious intolerance has become a more pressing concern for some Muslims since the Paris and San Bernardino attacks.

“There’s a precedent for things to go badly for us Arabs and Muslims, [like the] surveillance of mosques, FBI plants, etc. These are all things that have been done,” explained an Egyptian woman, who asked to remain unnamed for security purposes.

“Most people don’t realize how much hatred Arab and Muslim-Americans have against terrorists. They’re harsher than most others, because ultimately, they make life harder for the rest of us going about our business. Any time something happens, many people hold their breath and hope it’s not a Muslim doing x, y, z, because they know there will be immediate backlash against mosques, women in hijabs, men with beards, or Sikh men,” she added.

Aishah Alam, co-founder of “The Strangers,” an activist organization led by women that uses spoken word poetry to clear misconceptions about Islam said she sees many Muslims and Arabs forced to defend their religion because of previous terror attacks.

“A minute percentage of Muslims do this, and people turn to the rest of the Muslims and expect us to apologize,” she said. “What happened in Brussels is similar to what happened in Paris, and people are reacting the same way. Many Muslims laid low because they were afraid of being attacked, but we had many who came out and defended the true teachings of Islam by teaching others who we are and what we represent. We had a mixed reaction.”

Other Arab-Americans with the opposing viewpoint say this dispute between Apple and the FBI is an opportunity for the FBI to identify and trap terrorists who may have conversed with Farook.

“Allowing the FBI to get information and data from the smartphone could be reasonable; however, allowing full access to the smartphone’s data is not acceptable,” said a student at Al Akhawayn University in Ifrane, Morocco, who asked to remain anonymous for security reasons.

“Even if [Farook] is dead, collecting information on his smartphone will allow them [the FBI] to have all the details related to his crime, personality, and relations[hips]. There might be other stakeholders in what he did. What is the harm in that? Maybe this data will help [the FBI] assess his personality in a better way, and prevent other crimes and massacres.”

Farook and his wife conducted one of the deadliest massacres since 2012, according to research undertaken by CNBC. In 2015, at least one shooting took place per day. But despite the severity of rising Islamophobia, some Arab-Americans are doing their best to get on with their daily lives.

“Yes I am a Muslim, but I am not having a burden over my shoulders because of this BS shooting or whatever else,” one Moroccan-American man stated.

“I try to ignore all the buzz, which the American mainstream media outlets are creating, around Islamic extremism in America. Just watch Fox News and you will know what I am ignoring. It is always picturing Islam as [a] synonym of terrorism, but when it comes to the Muslims being victims of acts of violence, it doesn’t even mention that.”