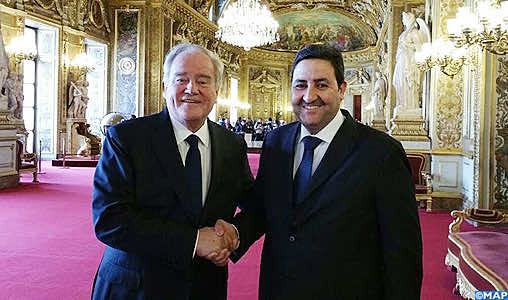 The UN Chief’s statements “hurt the Moroccan people,” Cambon told MAP following a meeting in Paris of Morocco-France friendship groups at the French Senate and Morocco’s house of Advisors (higher house), adding that Ban Ki-moon may have been influenced by other interlocutors.

The French senator, who is the president of the France-Morocco friendship group at the Senate, stressed the importance of supporting Morocco’s autonomy plan, adding that a delegation of the friendship group will pay a visit in May to Morocco’s southern provinces to reaffirm France’s consistent position regarding the Sahara issue.

For his part, the president of the Morocco-France friendship group at Morocco’s house of advisors Abdessamad Qaiouh said that French senators condemned during the meeting the UN Chief’s verbal excesses and reaffirmed their support to Morocco’s autonomy plan.

He added that other issues were discussed, including cooperation between Morocco and France in renewable energy and the fight against terrorism.