Rabat - Walid Yaqub, an 11-year-old Dutch child of Moroccan descent, insisted to present King Mohammed VI a gift on Tuesday during the monarch’s ongoing stay in Amsterdam, according to Hespress.

Rabat – Walid Yaqub, an 11-year-old Dutch child of Moroccan descent, insisted to present King Mohammed VI a gift on Tuesday during the monarch’s ongoing stay in Amsterdam, according to Hespress.

The boy’s father, Mohammad Yaqub – who lives with family in the city of Utrecht – said his son admires Mohammed VI strongly and, bought a small bottle of perfume with his own money to present to the king in person. Walid urged his family to organize a visit to the Netherlands’ capital city so that he could deliver his gift. 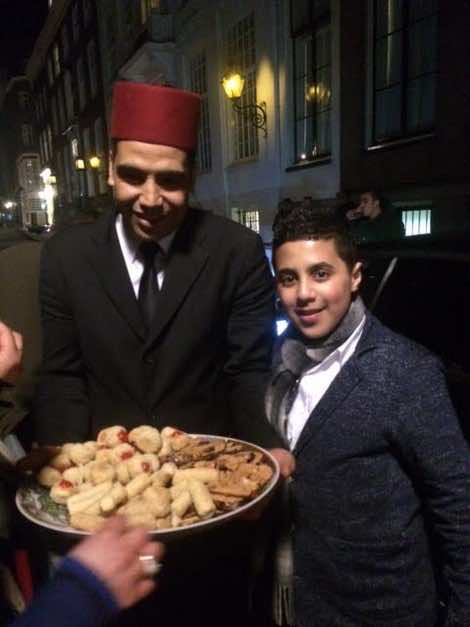 “When we arrived we discovered we were not the only ones, as the place was filled to capacity with Moroccans – men, women and children – coming from all of the cities in the Netherlands,” Mohammad said.

Walid’s father added: “After a long wait, the king came out of his residence and proceeded to greet the audience, but there was a severe stampede in the crowd led by people who wanted to touch the king’s hand.”

While trying to deliver his perfume, Walid almost fell, which led him to retreat to a safe place while crying in fear, according to Mohammed. The area calmed quickly after the king left.

Continuing the story of his family’s experience in Amsterdam, Mohammed said Walid decided to try again later the same day after failing once in the morning. After waiting a while for another opportunity to approach the king, Walid began speaking with the royal guards stationed at the king’s hotel to see if they could deliver the bottle, but they denied him. 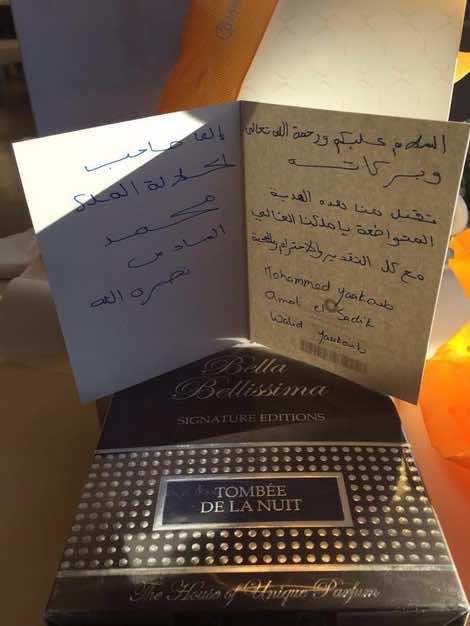 The Moroccan news site said that despite rain in the city last night, Walid chose to continue waiting in the city in order to meet the king.

At 1 a.m., the boy – a fourth generation Dutch citizen – and his family began the journey to their home city after Walid began feeling the effects of fatigue from the day’s events. He still has his perfume bottle and hopes to present it to the king in the future, his father said.