Rabat - French President François Hollande announced the withdrawal of a controversial proposal that would have stripped French citizenship from dual-citizens convicted of terrorism. 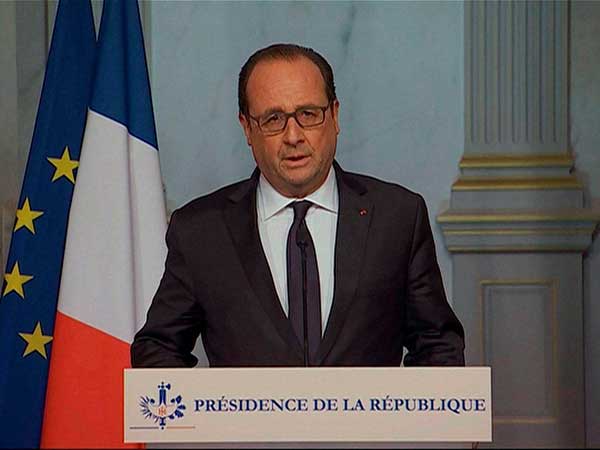 Rabat – French President François Hollande announced the withdrawal of a controversial proposal that would have stripped French citizenship from dual-citizens convicted of terrorism.

Hollande’s announcement, made at a press conference on Wednesday, ended a five-month-long national debate that led to the resignation of a justice minister in January. The president attributed his decision to the right-wing opposition, which currently controls the Senate.

“I take note that part of the opposition is against all constitutional revision,” he said. “I deplore, profoundly, this attitude, because we must do all we can, under the current serious conditions, to avoid divisions.

The proposal – originally endorsed by right-wing parties and adopted by Hollande soon after the terrorist attacks on Nov. 13 –  drew strong opposition from the political left, even though all sides agreed the measure would have little practical consequences in the fight against terrorism as it was largely symbolic. As such, the President withdrew the measure in order to allow the rest of the bill – which would overhaul the constitution – to gain support from parties that previously opposed it.

Leftist parties complained the proposed constitutional amendment would create two classes of citizens – those who could have their citizenship revoked for a crime and those who could not. The proposal reminded them of policies used by the French government during World War II, which left hundreds in the Jewish community stateless. Current French law says only naturalized citizens can have their citizenship revoked.

Since the attacks, France has remained under an official state of emergency. Policemen and investigators have carried out thousands of raids, especially since the bombings in Brussels last week killed over 30 civilians.