Rabat - A video posted on YouTube shows a group of people, mostly young people, attacking the house of an alleged witch in Sale, Rabat's twin city. 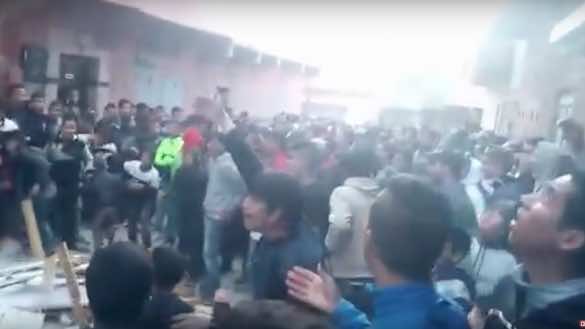 Rabat – A video posted on YouTube shows a group of people, mostly young people, attacking the house of an alleged witch in Sale, Rabat’s twin city.

According to Le360, the woman is accused of having cast a spell on a local resident, using a cat.

The angry crowd shouted “Witch, go away!” in front of the alleged sorceress, and attempted unsuccessfully to break into her house.

The crowd wanted to force the witch “to release the victim from the evil spell she cast on him,” and demanded that she leave their neighborhood.

According to the same source, the alleged witch has cast a spell on one of their neighborhoods by “putting his photo inside the mouth of a cat and sealed it.”

The police intervened to disperse the crowd and prevented people from physically assaulting the alleged witch.