Rabat - A new survey by the U.S.-based Institute for Social Policy and Understanding suggests that though American Muslims are far more likely to face religious discrimination, they are the most optimistic, democratic, and anti-violent religious group in the country, when compared to their Jewish, Protestant and Catholic counterparts. 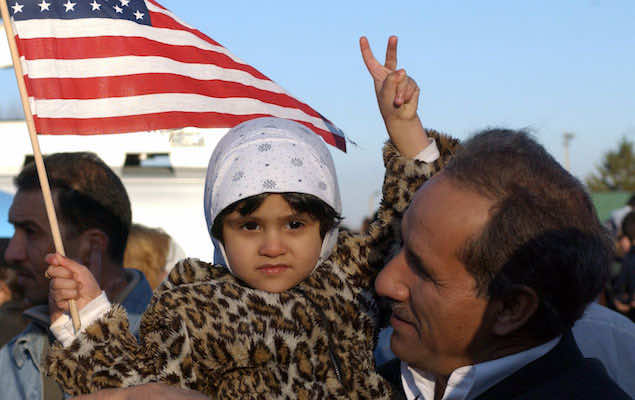 Rabat – A new survey by the U.S.-based Institute for Social Policy and Understanding suggests that though American Muslims are far more likely to face religious discrimination, they are the most optimistic, democratic, and anti-violent religious group in the country, when compared to their Jewish, Protestant and Catholic counterparts.

The institute surveyed over 800 religious Americans, 515 of whom were Muslims, in January 2016 to gather information on their stances on violence, politics, religion, and identity. The results, released on March 15, show that more than half of the Muslims surveyed reported facing religious discrimination of some sort over the past year, while 18 percent of the same group reported regular discrimination.

Even then, 63 percent of the Muslims surveyed still believe their country is in headed in the right direction, compared to 38 percent of Jewish people who had similar feelings.

The results also show that although Muslims are as likely as Protestants to have a strong American identity, the members of the group – growing as a result of recent waves of immigration to the United States – are the least likely to be registered to vote in elections. Sixty percent of Muslim voters surveyed said they had registered to vote, compared to 86 percent of Jewish, Catholic and Protestant voters.

Mosque-goers who could vote, however, were 1.5 times more likely to be registered to vote, compared to Muslim voters who do not frequent religious centers – probably due to voter registration drives commonly held at centers of worship in the United States.

The mosque attendance factor also increased the likeliness a person was willing to work with neighbors to solve mutual problems and was planning to vote in the November elections.

The surveyors flatly stated that there is no correlation between a Muslim’s attitudes towards violence and how often the person goes to mosque. Followers of Islam are at least as likely as Jews and Christians to oppose the targeted killing of civilians by a group or set of individuals and at least 20 percent more likely to condemn the killing of civilians by military forces than the other religious groups studied.