Rabat - On Sunday, a cache of 11.5 million leaked financial documents - revealing the offshore dealings of 12 current and former national leaders and 128 other international public figures, amongst others - went live on the official website of the International Consortium of Investigative Journalists (ICIJ) under the name the "Panama Papers" for the country the leak came from. 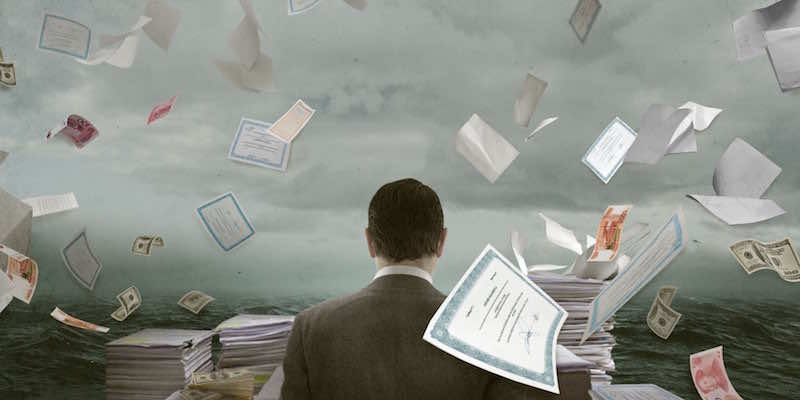 Rabat – On Sunday, a cache of 11.5 million leaked financial documents – revealing the offshore dealings of 12 current and former national leaders and 128 other international public figures, amongst others – went live on the official website of the International Consortium of Investigative Journalists (ICIJ) under the name the “Panama Papers” for the country the leak came from.

The accounts and companies listed in the papers – all legally created under Panamanian law – are expected to be investigated for evidence for billions of dollars worth of potential tax evasion, funds laundered to illicit organizations and other forms of shady exchanges of money.

Sueddeutsche Zeitung, a Munich-based daily newspaper, said they received the data over a year ago when an anonymous source offered to send them the documents via an encrypted channel. After the 2.6-terabyte download was complete, the newspaper contacted the ICIJ, a nonprofit group in the United States, to dig into the details of the documents leaked from Mossack Fonseca, a Panama-based law firm. The ICIJ’s website released the papers on Sunday and said over 400 journalists from 107 news organizations in 80 countries participated in the analysis of the information hidden in the leaks.

The leaked documents also further exposed the extent of corruption occurring in the International Federation of Football Associations (FIFA) and other soccer-related institutions and actors.

As a response to the report, FIFA’s ethics committee recently launched a preliminary investigation into Damiani’s business relationship with Figueredo. A spokesman for the committee said Damiani had first informed the panel about his ties to Figueredo on March 18th, just one day after the team analyzing the documents sent Damiani questions about his law firm’s work for entities tied to the former FIFA vice president.

Michel Platini, the suspended chief on the Union of European Football Associations (UEFA), was also a customer of Mossack Fonseca. The ICIJ said the documents allege that Platini turned to the firm to help him administer an offshore company created in Panama during 2007.

Platini is currently serving a six-year ban from all soccer-related activity for an ethics violation after former FIFA president Sepp Blatter approved a $2 million payment to the Frenchman in 2011 as compensation for consultancy work carried out without a contract a decade ago.

Once the leak went public, Platini’s communications agent told AFP that the entirety of his financial records and properties had been made available to Swiss authorities since 2007.

Lionel Messi, known as the world’s best soccer player, and his father were listed as the co-owners of a Panama company called Mega Star Enterprises Inc, adding a new name to list of offshore shell companies known to be linked to the star. Messi’s offshore dealings are currently being investigated in a tax evasion case in Spain.

The leaks were “a crime, a felony” and “an attack on Panama,” according to Ramon Fonseca, one of the law firm’s founders, who spoke to AFP.

“Certain countries don’t like it that we are so competitive in attracting companies,” he said.

Panama’s government announced it had “zero tolerance” for illegal financial deals, and agreed to “vigorously cooperate” with any investigations related to the documents.

Brothers Arkady and Boris Rotenberg, childhood friends of the president, were tied to at least seven companies incorporated in the British Virgin Islands revealed by the report, one of which was used to help build a villa for Arkady’s son.

Another friend of Putin, Sergey Roldugin – also a world-class cellist – was named the owner of two companies established by Bank Rossiya. The bank, which U.S. officials say is the personal bank for Russia’s senior officials, offered one of Roldugin companies a loan worth USD 200 million for a compensation of USD 1.

U.S. investigators said they believe an offshore company mentioned in the documents supplied fuel for jets the Syrian President, Bashar Al-Assad, used to bomb cities in his own country.