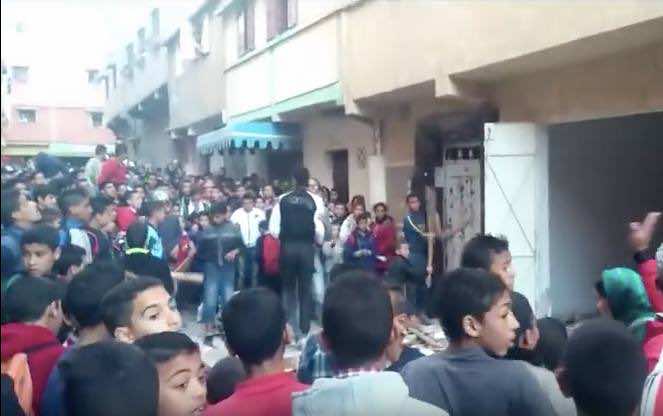 Tetouan – Following the attack of an angry mob on the home of an alleged witch in Sale, the woman has been arrested and taken into custody.

The woman is accused of having cast a spell on a local resident by placing a photo of the young resident inside a cat’s mouth and sewing it shut.

A video posted on YouTube on Friday, April 1, shows dozens of young people attacking the woman’s home. Her garage was ransacked and her front door destroyed. The angry crowd demanded that she leave the neighborhood.

Article 602 of the criminal code imposes a penalty of two to six months imprisonment and a fine of 200 to 250 MAD for killing or maiming domesticated animals in buildings, gardens or public places.

The alleged witch is the mother of a young boy. She may face additional charges for neglecting or mistreating her son. The criminal code calls for imprisonment of one month to one year and a fine of MAD 200 to MAD 500 in cases of child neglect or mistreatment.

Security forces are also looking for the individuals involved in carrying out the attack on the woman’s home.

Six of the woman’s neighbors have initiated complaints against her, alleging that they have been harmed by her activities.