Taroudant - The police commissioner of Tangier, Mouloud Oukhouya, has recently launched a campaign for the detainment of beggars, according to Le360. 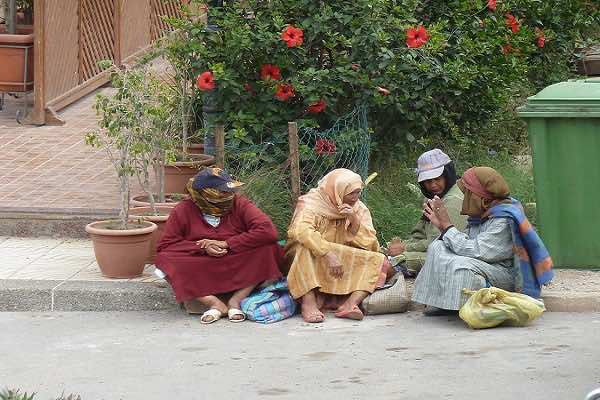 Taroudant – The police commissioner of Tangier, Mouloud Oukhouya, has recently launched a campaign for the detainment of beggars, according to Le360.

In an attempt to rid the city of this undesirable social phenomenon, the police commissioner has given the order to arrest people caught in the act of begging.

The same source said that some arrests have already taken place; mainly in M’sala, a neighborhood within the old medina of Tangier.

Now that the city has emerged as one of the biggest metropolises in Morocco, Commissioner Oukhouya said that beggars can be seen on every street, and are harming the image and reputation of the northern city.

It is in this regard that the Commissioner, in partnership with various authorities, has decided to push back against beggars, who can be found in large groups at the doors of mosques, along Boulevard Mohammed V and throughout the M’sala neighborhood.

The act of asking people for money is, probably for all nations, a despised deed which reduces the sympathy felt toward people engaging in such a debased occupation. The act becomes worse when the person in question has everything it takes to carry out the necessary activities to afford a decent living.

While some people are in fact impoverished to such an extent that they are in need of other’s money or have a physical disability which forces them out of work, others practice deception as an uncontrollable habit because they have grown up with it or simply because it pays better than other jobs available to them.