Rabat - Catholic Church authorities in the southern Spanish city of Córdoba have agreed to restore the Islamic reference in the name of the city's famed mosque-cathedral of Cordoba after attempts to blot out its Islamic past and heritage. 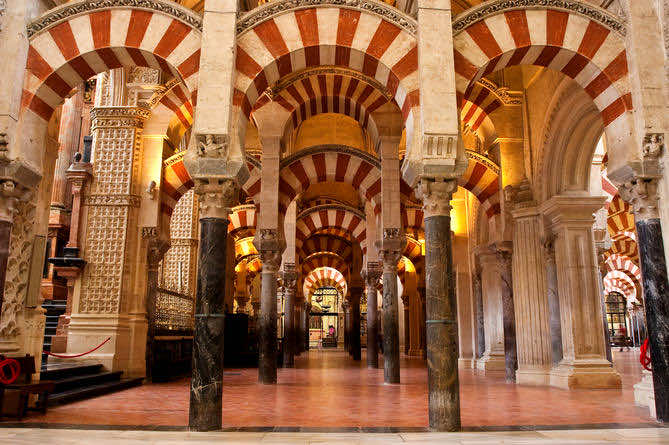 Rabat – Catholic Church authorities in the southern Spanish city of Córdoba have agreed to restore the Islamic reference in the name of the city’s famed mosque-cathedral of Cordoba after attempts to blot out its Islamic past and heritage.

The decision was welcomed on Friday by the Mosque-Cathedral protest group that complained that the church’s aim was to take the UNESCO World Heritage site out of public hands.

The Catholic Church of Córdoba took advantage of the existence of a law permitting the registration of ownership of houses of worship at a nominal price in an attempt to erase the Islamic identity and history of the structure.

In 2006, the church registered the famous mosque-cathedral under its ownership for 30 euros in accordance with the law. However, the local city council declared that the building does not belong to any church or other organization.

The church’s attempt to control the mosque-cathedral sparked a heated debate and led to the disapproval of associations and academics, who called for restoring the term “mosque” in the structure’s name.

After fierce objections from activists, the church association that runs the site said that following studies conducted on this issue, and taking tourism into consideration, the site will now be called the Mosque Cathedral Monument Complex.

The Mosque-Cathedral of Córdoba, also known as the Great Mosque of Córdoba, has been a UNESCO World Heritage Site since 1984. The structure began as a small Christian Visogoth church before being divided into Christian and Muslims halves in 711.

Umayyad Prince Abd al-Rahman I founded the famous medieval mosque in 784 after purchasing the Christian half. The structure was converted into a Catholic cathedral in 1236.