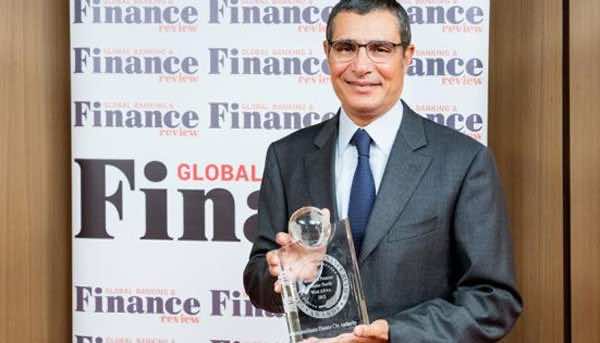 On Tuesday, Long Finance held an event in London to reveal the findings of the report, which is largely considered the global financial industry’s benchmark.

The think tank said it used two main measures in order to rate the 86 financial centers ranked in the index. To complete the first measure, the analysts took business data from the United Nations and the World Economic Forum in order to evaluate the centers on five broad spheres of competitiveness: business environment, financial sector development, infrastructure, human capital and reputational factors.

For the second measure, the think tank sent surveys to approximately 25,000 financial professionals from all over the world asking them to evaluate the competitiveness of the financial centers they are familiar with based on their perceptions.

Globally, CFC now stands at the 33rd position, having climbed 11 spots since the last GCFI evaluation. Johannesburg, South Africa’s financial center – previously thought to be the irremovable leader of the African rankings – has likely suffered from the recent economic downturn and the political uncertainty currently in the “rainbow nation.” The city, South Africa’s judicial capital, lost 18 positions in the overall rankings.

Casablanca was the only one of nine financial centers in the Middle East and Africa region to increase both its ranking and rating, the report said. The combined Middle East and Africa rankings put the Moroccan city at fourth place, leading Doha (35th), Johannesburg (51st), Bahrain (69th), Riyadh (70th) and Mauritius (73rd), but trailing behind Dubai (13th), Tel Aviv (25th) and Abu Dhabi (26th).

The new 19th edition of the GFIC also named CFC  the third-most promising financial center in the world after Singapore (3rd) and Shanghai (16th). Internationally, Casablanca is also ahead of many historically established centers like Istanbul, Brussels and Milan.

Since CFC began in 2010, the Moroccan financial sector has attracted roughly 100 leading multinational companies – including the American car company Ford, AIG, China’s Bank of China, the French bank BNP Paribas and the Abraaj group – to manage their African markets from Casablanca.

“The fact that GFCI is a composite index and takes into account both technical elements and professional feedback indicates that Morocco has planted confidence among professionals,” Said Ibrahimi, CEO of Casablanca Finance City, told HuffPost Morocco.