Taroudante - Egyptian cleric Muhammad Abdullah Nasr said in an interview with LTC TV channel that the oriental belly dance, known as Raqs Sharqi in Egypt, is permissible in Islam. 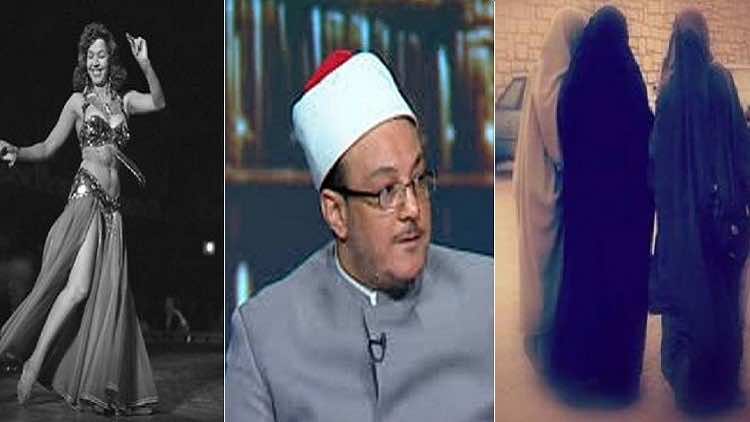 Taroudante – Egyptian cleric Muhammad Abdullah Nasr said in an interview with LTC TV channel that the oriental belly dance, known as Raqs Sharqi in Egypt, is permissible in Islam.

The Egyptian Muslim cleric, also known as Mezo, called for teaching the dance at Egyptian schools, adding that those who refuse to see it as “an art” and claim that it is prohibited in Islam are required to bring their evidence.

The Muslim cleric argued that oriental dance is “much better” than the female students who wear “black tents” at Al Azhar and “ruin its facilities,” referencing women who wear abayat and niqab to cover themselves from head to toe.

“When I was young, I watched the videos of Naima Akef, a famous Egyptian belly dancer, and her appearance never caused me to lust,” Nasr said.

In earlier controversial statements, the scholar described ?a?i? al-Bukhari, one of the most trusted hadith collections in Sunni Islam, as a “ridicule work” for Islam and Muslims, stressing that some of the sayings attributed to the prophet, along with the dominance of hardline Salafist Wahhabism, are the source of extremism and terrorism.

In the interview with LTC, cleric added that a belly dancer’s costume is much more honorable than the hat worn by Yusuf al-Qaradawi, an Egyptian Islamic theologian based in Doha, Qatar, and chairman of the International Union of Muslim Scholars.

The cleric asserted that “terrorists” deny the arts while at the same time claiming that it is permissible in Islam to capture and kill women.

Nasr is also well known for his fierce opposition to the Muslim Brotherhood. In 2013 he accused Mohamed Morsi, the former Egyptian president removed from office by the military, of being a Zionist with Israeli interests.