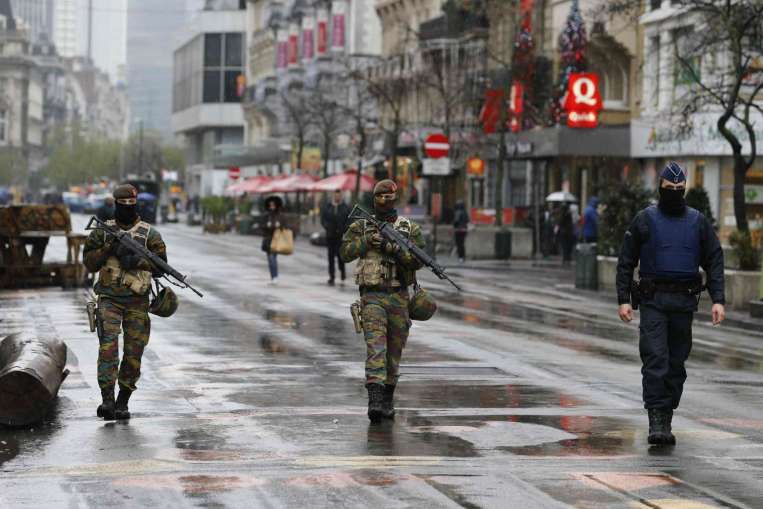 Amsterdam – These days, the news in the Netherlands, and in all of Europe, is dominated by either the deep refugee crisis, or it is about Muslim terrorists.

It doesn’t matter which news source I watch or read, the two issues are always the same.

A terribly worrying aspect concerning both issues is that the European politicians, and the EU itself, are not able to unite and work together as a union. After the attack in Brussels on Tuesday March 22, Europe was in shock and seemed completely crippled. European politicians, showing their compassion, were quick to say such usual remarks as “It is an attack on our way of life and we stand for freedom and democracy.”

Meanwhile, the finger pointing began with Belgium being ridiculed as a banana republic and blamed for not having an adequate level of national security.

If you think all of this has been more than enough, the US stated that information about certain dangerous people, relevant to the situation, had been given to the Netherlands and Belgium.

At first, it seemed it was the FBI who had given the information to the countries, but later it became clear it was actually the New York Police. In either circumstance, whether the information came from Turkey or the US, neither country acted to utilize the information and simply left it at that.

Now both countries feel the need to show they have things under control. The Netherlands began raiding homes in Rotterdam, arresting “terrorists” who had “forged their plans,” and confiscated large amounts of ammunition. Belgium, on the other hand, closed its borders to start cleaning up their mess after the attacks.

One would think Europe would work together to stand strong, but the only thing you hear European politicians saying is that they want to close their borders to Muslim refugees; people from war-torn countries such as Syria.

The majority of European politicians, whether they call themselves socialist, liberal or conservative, believe that terrorists are among the refugees. Already certain countries in Europe have closed their borders and the consequences are disastrous. The refugees are trapped like rats, can’t go anywhere and are not being taken care off. There is no first aid, no fresh water, not enough food and no clothing or housing. This is Europe, the so-called civilized continent.

Amnesty International also made it clear that Europe is failing to find a unifying solution for the refugee crisis. They state that Europe is violating the International Refugee Convention and that European politicians are more worried about the polls than human life. Also EU needs to stop blaming already exhausted and unstable regions, such as Lebanon and Turkey, for not doing their part; they cannot take in much more.

Already, Europe has signed a deal with Turkey to give it €6 billion in the hope that these problems will simply vanish and that the refugees will stay away from the European mainland.

Between all this misery, two significant public figures who have offered a glimmer of hope: the King of the Netherlands, Willem Alexander, and the King of Morocco, Mohammed VI. Both men were present at the right time to give proper reassurance to the people.

The King of the Netherlands, Willem Alexander, spoke words of tranquility while standing in a well-known multicultural area of The Hague, called De Schilderswijk; and the King of Morocco, Mohammed VI, visited the Netherlands and stayed in the very heart of Amsterdam, where he greeted and welcomed his fellow countrymen.