Rabat - During the Monday evening broadcast of the French Show Le Petit Journal, the news program reported on the victims of a homophobic attack in Beni Mellal, which was captured in a video that recently made its rounds on Moroccan media after it was posted on YouTube on March 25th. 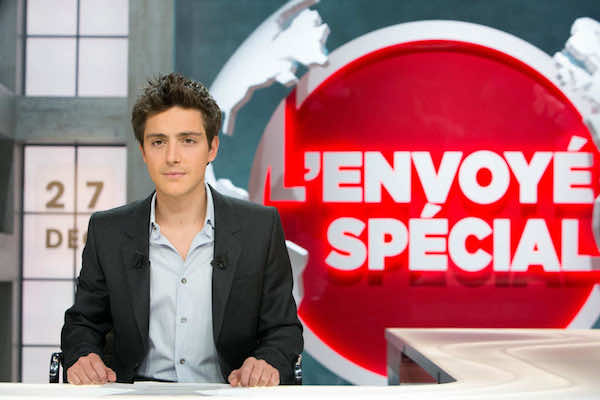 Rabat – During the Monday evening broadcast of the French Show Le Petit Journal, the news program reported on the victims of a homophobic attack in Beni Mellal, which was captured in a video that recently made its rounds on Moroccan media after it was posted on YouTube on March 25th.

The 11-minute segment also included the experiences of a team of French journalists – affiliated with the channel Canal + – that visited Beni Mellal and Rabat to cover the ongoing trial against both the victims and the perpetrators of the attacks.

The video –  taken on March 9th, according to the victims’ recent interview from prison with a representative from the advocacy group Bayt al Hikma – shows the attackers targeting the two men with knives and verbal abuses in an apartment in which one of the victims legally resided.

The police arrested one of the victims on the day of the attacks, while the second victim was taken into custody the same day the graphic YouTube video of the attack was released.

The second victim of the Beni Mellal attacks was scheduled to appear in court on Monday, but a source close to the case told Medias24 that the hearing had been postponed to April 11. The first victim – who was sentenced to four months in prison for “sexual deviance” in accordance with article 489 of the Moroccan penal code – will appeal his case.

Four of the victims’ assailants are also facing legal consequences in Moroccan courts for “breaking in, using violence and carrying weapons,” a representative from a human rights organization, said.

Martin Weill, one of journalists on the French channel’s team, said Moroccan forces held the group in custody for a few hours in the prefecture of Beni Mellal on April 3 for not having the appropriate authorization from the Ministry of Communications to practice journalism in the country as a foreigner. The police escorted the team directly from Beni Mellal to the Mohammed V International Airport in Casablanca to be deported to Paris the next morning.

Before the journalists were arrested, they managed to record an interview with four Moroccan homosexuals on a boat floating in Rabat’s marina.  All of the interviewees testified that the Beni Mellal case is indicative of the life of the country’s gay citizens.

A source cited by ChoufTV, an online news channel, casted doubt on the dates during which Le Petit Journal claimed the interview in the marina was recorded. Omar, a youngster from Rabat who frequents the marina, said the progress of the construction sites around the Ouad Bouregreg pictured by the televised interview does not match the current state of the buildings.

Le Petit Journal continued its report in the offices of Maroc Hebdo, a weekly magazine. The publication’s managing editor Mohamed Selhami said he was in favor of article 489 of the Moroccan penal code, which authorizes the imprisonment of homosexuals.

At the end of the segment, the presenter sarcastically said his news show will “easily” get the necessary authorization to cover the related trial because Morocco is a country of freedom and tolerance.