Doha - Qatar on Tuesday reiterated its support to Morocco's autonomy plan, deeming it a serious, realistic and credible initiative to reach a solution to the Sahara issue. 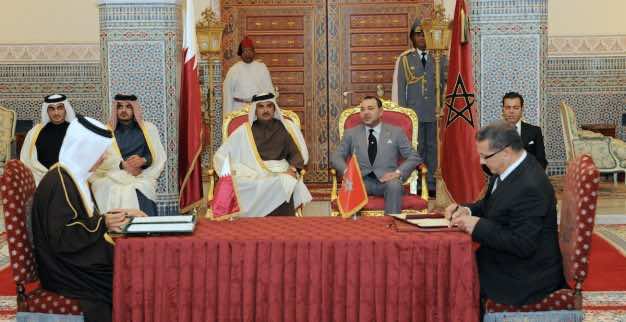 Doha – Qatar on Tuesday reiterated its support to Morocco’s autonomy plan, deeming it a serious, realistic and credible initiative to reach a solution to the Sahara issue.

The Qatari side hailed the role of HM King Mohammed VI, Chairman of Al Quds Committee, in safeguarding the legal status of the holy city of Al Quds, and praised projects carried out by Bayt Mal Al-Qods Agency.

According to the minutes of the meeting, the Moroccan side underlined its solidarity with Qatar in its efforts aiming at the release of Qatari citizens who were kidnapped recently in southern Iraq.

On the Libyan issue, the Qatari side hailed constructive efforts by Morocco to reach the Skhirat Agreement.

The two sides also expressed their full support to the Palestinian people to recover their legitimate rights and enable them to establish their independent state with Al Quds as the capital and condemned violations perpetrated by Israeli occupation authorities against the Palestinian people.

On the Syrian crisis, the two sides reiterated their consistent stand for the preservation of the national and territorial unity of Syria, noting that the solution to the crisis is linked to a political transition according to Geneva conference final communiqué.

Qatar and Morocco also noted the importance of reaching a political solution to end the Yemeni conflict in line with the Gulf initiative.