Rabat - On World Health Day (7 April), older campaigners in more than 50 countries will be calling for diabetes, a leading cause of death, to be tackled early through screening, testing, treatment and education. 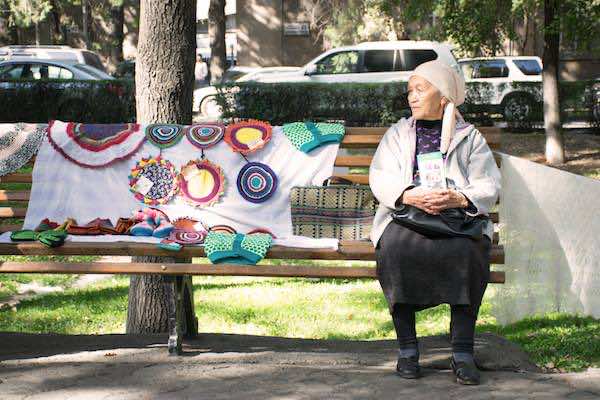 Rabat – On World Health Day (7 April), older campaigners in more than 50 countries will be calling for diabetes, a leading cause of death, to be tackled early through screening, testing, treatment and education.

The actions are part of HelpAge International’s Age Demands Action campaign, bringing older people together to draw attention to the challenges they face.

At least nine percent of the world’s adults have diabetes with at least 1.5 million people dying as a result of the condition. More than 80 percent of diabetes deaths occurred in low and middle-income countries.

Type 2 diabetes is predominantly more prevalent in ageing populations. However, the extent to which older people are affected is still unclear.

“Much of the data on diabetes either ignores older people or doesn’t disaggregate by age,” said Toby Porter, chief executive of HelpAge International.

Countries signed up to the UN Sustainable Development Goals last September, committing to “ensure healthy lives and promote well-being for all at all ages.” The goals include a target on reducing mortality from non-communicable diseases.

“For countries to monitor the progress of these commitments, they need to gather comprehensive data on diabetes and other non-communicable diseases, disaggregated by age and sex,” said Porter.

“I discovered I had diabetes in 2008,” said Semenistova Valentina Filipovna, 71, from Kyrgyzstan.

“I joined an older people’s group and found it very useful to check my blood sugar levels every week and learn from the training,” she said.

Early diagnosis is crucial for preventing chronic health problems. “Regular exercise and a healthier diet, low in sugar and salt, can help manage and reduce the symptoms as well as reduce the risk of someone developing diabetes,” said Rachel Albone, health and care policy adviser at HelpAge International.

“It can take a while for symptoms to show and when they do, people are often unaware of the implications or have difficulties accessing healthcare,” she added.

HelpAge is working to strengthen the response to diabetes and other non-communicable diseases through screenings and is training health staff in over 300 townships in Myanmar. It is also working with nutritionists in Jamaica to inform older people about healthy eating.

Amongst some of the activities on World Health Day, Age Demands Action campaigners will hand out information on diabetes at a “walk for your health” event in the Gambia, join a flash mob to draw attention to the impact of diabetes in Russia, and take part in a mini-marathon, pledging to stay active in Bangladesh.