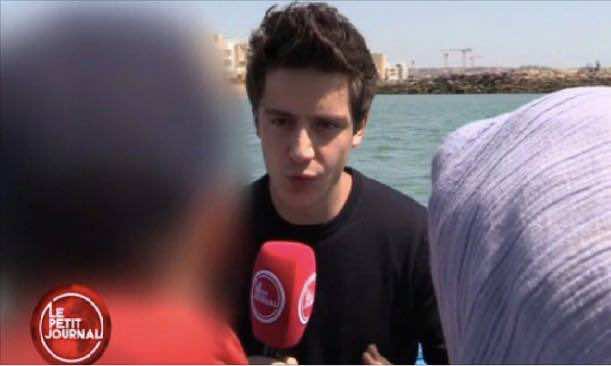 Rabat – A group of French journalists was arrested in Beni Mellal because they were making a short film about homosexuality without an authorization from local authorities.

A source from the ministry of communication stated that the crew of the “le petit journal” show, which is presented by the French Channel “CANAL+,” was arrested and deported out of Morocco because they were filming an episode about homosexuality in Beni Mellal without a filming license.

The same source added that the deportation of the French journalists was in total compliance with the legal requirements, and said that they could have applied for a filming license in order to avoid any confusion.

He also confirmed that the Moroccan press works on such subjects regularly and that the authorities have never prevented journalists from obtaining a filming permit regarding these issues. He also called on the foreign press to respect the Moroccan law.

Martin Wiel, one of the French journalists, said to TelQuel Magazine: “We were arrested by the people who support the aggressors.” He also admitted to not having completed the permit application which, for many reasons, is required by law.

“The request takes considerable time, perhaps thirty days, especially when you want to report on sensitive subjects such as homosexuality. So we came as foreign journalists and started filming without authorization,” explained Martin.

Despite the expulsion of the “Le petit journal” crew, however, the journalists did succeed in portraying an interview in Rabat with four homosexual Moroccans expressing their daily suffering with society’s attitude toward homosexuality.