Rabat - The county of Mazagão - located in the Amapá state of Brazil -  will release a documentary later this year detailing the area’s relationship to Morocco. The city was settled by immigrants sailing from the North African country in the 18th century, according to Castanha, the company producing the film. 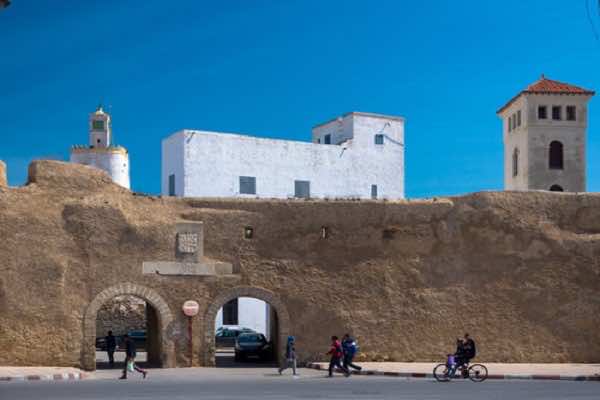 Rabat – The county of Mazagão – located in the Amapá state of Brazil –  will release a documentary later this year detailing the area’s relationship to Morocco. The city was settled by immigrants sailing from the North African country in the 18th century, according to Castanha, the company producing the film.

The lives of a 29-year old history teacher named Josiane Brito and a 48-year-old and farmer named Jozué Videira take center stage in the documentary as the pair witnesses the effects of immigration on their lives even though they were born in Brazil.

The film – shot in both Brazil and Morocco – is set in a district called Mazagão Velho, where the Portuguese and non-Arab Africans who sailed to Brazil landed and formed the first Portuguese colony in the country’s modern borders.

In March, the movie’s Canadian director, Gavin Andrews, and a producer spent four days in El Jadida – the coastal city in Morocco where the initial immigrants began their journey to Brazil once Portugal officially lost control of their stronghold of the city now known as “El Jadida.”

The director said he was drawn to the story because it is one of the main historical events of the state of Brazil in which he grew up. To learn more about the story, he travelled to El Jadida in 2002. 12 years later, Brazil’s national film agency, Ancine, announced an opportunity to put the story on screens nationwide. Last year, the agency approved the project and Andrews began shooting in Mazagão in January.

The Mazagão Velho community retells the story of this journey every year in a celebration called Party of São Tiago, which takes place in July. During the party, local actors perform a play depicting the post-8th century clashes between Portugal’s Christian forces and the Arab-Muslim defenders. 1000 years before the film’s main characters sailed across the Atlantic Ocean, Portuguese forces successfully gained control of lands temporarily governed by the Abbasid Empire.

Andrews said the portions of history shown in the annual “fiesta” are not related to the film now in post-production, because he already made an ethnographic documentary on Portugal’s 8th century conflict for the Institute of National Artistic and Historical Heritage.

The film’s director also said one of the purposes of the crew’s recent trip was so that they could hear the other version of the story belonging to the Arab-Muslims defending their land. What happened in the 18th century is that the Portuguese fled Morocco after losing control of the region, the filmmaker said.

During the team’s visit, the city of El Jadida organized an event inviting representatives from the local city hall and Brazil’s ambassador in Rabat, José Humberto de Brito Cruz.